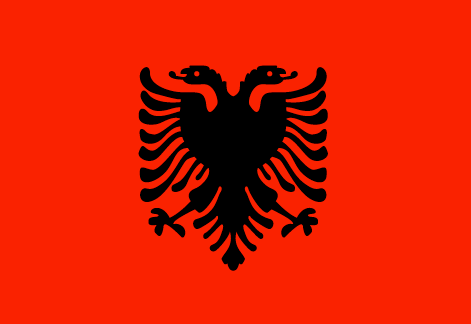 Climate:  lowlands have Mediterranean weather; the highlands have a continental climate; average precipitation is heavy

Information for Foreign Students in AlbaniaGetting ThereTirana's 'Mother Teresa' International Airport is located just 15 minutes away from the city. It is served by numerous European flag carriers such as British Airways, Alitalia, Lufthansa, Austrian, and the low cost carriers Germanwings and Belle Air. A new, larger and modern terminal was opened in 2007.

Accommodation
Inside the cities, hotels are abundant and prices per night start as low as €15. Hotels are usually clean and their staff, at least in major cities, generally speak English and/or Italian. Outside the big cities, hotels are less common, but in places like Gjirokastra you can find places of excellent value (e.g.: 1000 lek). If, for any reason, you find nowhere to sleep, the Albanian people have always been known for their hospitality, and will treat you like royalty as you stay with them.

Telephone
You can buy a local sim card for 600 Lek (Vodafone). You need to provide ID (passport) and give an address in Albania.

Money
Currency used in Albania is the lek (ALL). Hundreds of new ATMs have been installed in most major cities. Use the MasterCard ATM Locator or Visa ATM Locator to find them. The ATMs accept most international VISA and Mastercard Credit/Debit cards. Many rural convenience stores will not accept any other method of payment other than cash (currently in Albanian lek). However supermarkets, the better bookstores and the better boutique stores will accept Credit or Debit Cards. The most widely accepted cards are VISA, Mastercard, and Diner's Club.

Health
It's best to drink bottled water, but tap water is usually drinkable too. The food in Albania is mostly healthy anywhere you go in the country.

Safety
Take the usual precautions. Foreigners are generally not targeted by the local crime scene, though pickpocketings do occur.

TransportationMost people in Albania travel by public bus or private minibuses (called 'furgons'), which depart quite frequently to destinations around Albania. Furgons have no timetable (they depart when they are full) and in addition to big cities provide access to some smaller towns where busses don't frequently run. Furgon stations aren't always in obvious locations, so you can ask around to find them, or keep an eye out for groups of white or red minivans gathered together. Destination place names are generally displayed on the dashboard, prices are never posted. Furgons are loosely regulated, and provide a real 'Albanian' experience.

Official Selection of the Best Business Schools in Albania

Learn the ranking results of the best masters in Albania here: