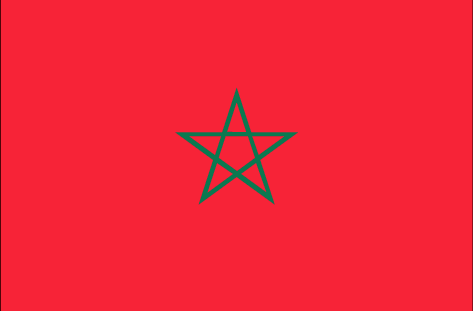 Languages:  Arabic (official language); in addition, French is often used as the language of business, governme

Information for Foreign Students in Morocco
Obtaining a VisaA valid passport is sufficient should one be in Morocco for less than 3 months from the beginning of their stay. However, for European Union citizens, an identification card is sufficient as long as the entry takes place in Marrakech-Menara, Agadir or Ouarzazate.

Housing
There are dozens of hostels in Morocco in the main cities that have no age limit. In terms of hotels, there is an official classification established by the Ministry of Tourism, thus hotels that have been classed in this system always display the price of rooms at the reception. However, this price may be negotiated, especially during the low season.

Cost of Living The Moroccan currency is the dirham. In 2008, 1€ = 11 dirhams (Dh), an exchange rate that has stayed relatively stable in the last few years. This currency is not exchangeable outside the country and you are recommended to use all cash before leaving Morocco. It is often possible to do business in Euros as well. The credit card that is the most widely accepted is Visa.

Telephone
The cost of a telephone in Morocco is very expensive. It is recommended to use the computers at Internet Cafes instead; it is much cheaper, the computers are usually of good quality and the connection is fast. One hour costs about 10 Dh (0.90€)

Health Requirements No specific vaccinations are required for those coming from Europe. However, diseases transmitted through food and water is common in Morocco, thus it is recommended to get vaccinated for typhoid fever and hepatitis A before coming. In the case of a prolonged stay in rural areas, it is strongly recommended to be vaccinated against rabies and meningitis A and C.

Transportation Morocco has fast, clean and temperature controlled trains for easy transportation. You can find more information at www.oncf.ma. Buses go virtually everywhere and can take you even to the remotest village for a relatively low price. There are three main bus companies: CTM, Satas and Supratours have specific routes in all major cities. Local companies are often cheaper, but security is quite weak so is not recommended for those who are unfamiliar with the area.

Official Selection of the Best Business Schools in Morocco

Learn the ranking results of the best masters in Morocco here: