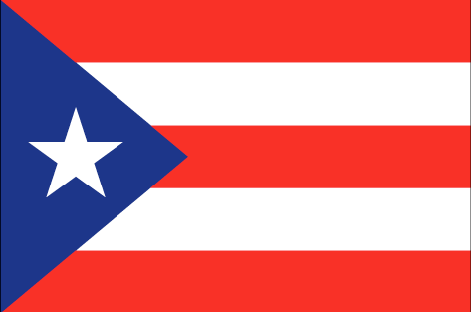 Information for Foreign Students in Puerto Rico
Obtaining a Visa Entering Puerto Rico would be the same as entering the United States as it is a US commonwealth; thus visas are not needed for any American citizens. All else consult your nearest Puerto Rican or American consulate.

Accommodation
There are over 12,000 hotel rooms in Puerto Rico and 50% are located in the San Juan area. International chains such as Sheraton, Westin, Marriott, Hilton, Ritz-Carlton, Holiday Inn as well as some luxurious independent resorts offer very reliable accommodations. There is a boom underway in boutique hotel construction which promises a higher level of service and Miami-chic appeal. Most large cities have at least one international chain hotel. There are properties to rent, buy, or lease available, whether it is a quiet home or a vacation rental. There are also many fully furnished apartments you can rent by the day, week and month, especially in Old San Juan. These are usually inexpensive, clean and comfortable and owned by trustworthy people. They are located mostly in the residential area, which is safe (day and night), and within walking distance to everything from museums to nightlife.

Cost of Living Meals in sit-down restaurants tend to be fairly pricy and most touristy restaurants will happily charge $10-30 for main dishes. Restaurants geared for locals may not appear much cheaper, but the quality (and quantity) of food is usually considerably better. It's not uncommon for restaurants to charge tourists more than locals, so bring along a local friend if you can! Note that many restaurants are closed on Mondays and Tuesdays.

Money
The currency of Puerto Rico is the US Dollar. There are plenty of ATMs around the commonwealth. Most are linked to the Cirrus, Plus, American Express and Discover networks.

Health
Fresh water lakes and streams in metropolitan areas are often polluted so avoid going in for a dip. You can, however, find freshwater streams and ponds in the rain forest that are safe to swim in. Generally, if you see Puerto Ricans swimming in it then you are probably okay, especially high in the rain forest. Puerto Rico is a tropical island but is free of most diseases that plague many other tropical countries of the Caribbean and the world. Tap water is safe to drink almost everywhere, and your hosts will let you know if their water is suspect. Bottled water, if necessary, is available, at grocery and drugstores in gallons, and most small stores have bottled water as well. Medical facilities are easily available all around the Island, and there are many trained physicians and specialists in many medical fields. There are a number of government as well as private hospitals. Health services are fairly expensive. Keep in mind that a visit to the doctor may not be as prompt as one is used to, and it is common to have to wait quite some time to be seen (three to four hours would not be exceptional).

Safety
Nearly all crime is concentrated in the big metropolitan cities of San Juan and Ponce, and most of it is connected to the drug trade. However, the tourist areas of both cities are heavily patrolled by police, and violent crime directed against tourists is very rare. The main problem is theft: don't leave your belongings unattended on the beach. Car theft is also an issue, so take care where you leave your car and don't leave valuables inside.

Transportation
Public transportation in Puerto Rico is fairly bad: outside the Metro Area (San Juan, Guaynabo, Carolina and Bayamon), there are no scheduled buses or trains. Most travelers choose to rent their own cars, but intrepid budget travelers can also explore the shared cab (público) system. Official Tourism Company-sponsored taxis on the Island are clean, clearly identifiable and reliable. Look for the white taxis with the official logo and the 'Taxi Turístico' on the front doors. Under a recently instituted Tourism Taxi Program, set rates have been established for travel between San Juan's major tourist zones.

Learn the ranking results of the best masters in Puerto Rico (U.S.A.) here: