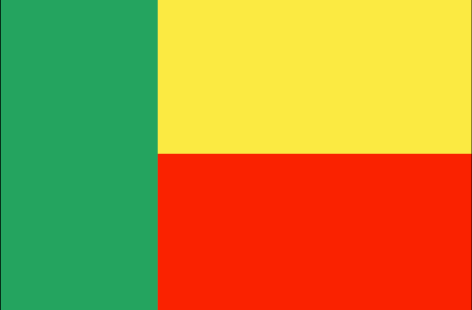 Information for Foreign Students in Benin
Travel Advice
You will need to do some vaccinations before your arrival for diseases such as: Hepatitis A, Diphtheria, Tetanus, Typhoid and Yellow fever. Tap water is not safe for foreigners who are not used to drink it; so you should boil or sterilize some water to brush your teeth, make ice and drink. Like for the water, milk should be boiled too. Powdered or tinned milk is available and is advised. Only eat well-cooked meat, fish and vegetables.

Obtaining a Visa
You will need a visa to get there, make sure it is valid during your stay and even 6months later.
To have information regarding the diverse requirements, go on the website of Benin Embassy in your country.
A yellow fever vaccination certificate is required for all travelers over one year of age. Risk occurs in all rural areas, but especially in Atakora and Borgou.

Housing
Here is a link for hotels or flats renting: http://www.homelidays.com/FR-Locations-Vacances/bj/appar_benin_r11.asp

Health
There are some health risks because Hepatitis E is widespread, Hepatitis B is hyper endemic and Hepatitis C occurs. I addition, depending on the area and the time of year, there is also Meningococcal meningitis risk. Therefore, immunization against hepatitis B, tuberculosis and meningococcal A and C is sometimes recommended.
Medical facilities are limited, especially outside the major towns, and not all medicines are available. Doctors and hospitals often expect immediate cash payment for health services. Medical insurance is strongly recommended.

Official Selection of the Best Business Schools in Benin

Learn the ranking results of the best masters in Benin here: