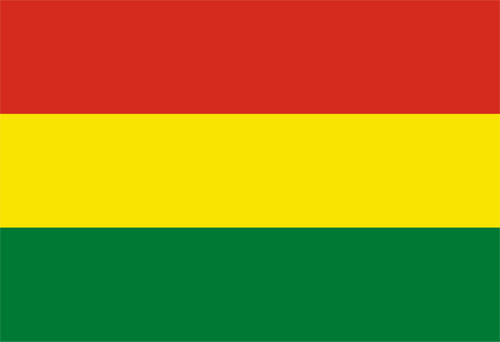 Climate:  varies with altitude; humid and tropical to cold and semiarid

Information for Foreign Students in Bolivia Obtaining a Visa
Visas are not required for foreigners staying in Bolivia for less than 90 days every six months. An entry stamp which validates the 30 day residency permit is stamped on the passport upon your arrival in the country. It can be extended to 90 days free of charge by the immigration services (in La Paz: Avenida Camacho, 1433 – tel: 211 09 60). Travelers should obtain this stamp as soon as they enter the Bolivian territory. If you didn't, it would not be possible to leave the country without having to regularize their situation and thus you would have to pay a fine. An airport tax of $ 25 is levied.

Cost of Living
Bolivia is quite cheap. You can live decently for about 15 € per day. However, prices of products vary depending on the tourism demand and the level of local development. For instance, Santa Cruz de la Sierra, the villages of Beni and Prando or Uyuni display prices 30 to 40% higher than those of the Andean region. The average budget in euros in Bolivia is as following: 1,000€ per month for a single person; 2000€ per month for a couple; 3000-3500€ per month for a family with two children.

Telephone
The best thing to do would be to go to the ENTEL of the main cities to buy a phone card (Unica), which costs 12Bs, or 1.20€, to avoid paying the standard 3 minutes for each communication. There are also phone cards (chip) which can be bought on the streets, in airports and in some hotels. To call a Bolivian town to another, dial 0 then the city code followed by the phone number of 7 digits. For information by telephone (local only), call 104. For urgent communications, you should use the ENTEL service. You can send and receive faxes from anywhere in the world. Simply put the first and last name of the person, c/o ENTEL Cabina Publica then go claim your message with your ID card.

Transportation
For specific excursions (Salar de Uyuni, Rurrenabaque, mountain climbing, parks of Amboró and of the Pantanal), you will need to go through a specialized agency. You should allow 200 Bs (20€) per day to over 500 dollars (350€) for a week trip in the parks in the center of Amazonia.

Official Selection of the Best Business Schools in Bolivia

Learn the ranking results of the best masters in Bolivia here: