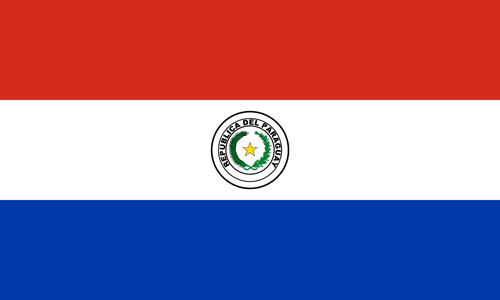 Climate:  subtropical to temperate; substantial rainfall in the eastern portions, becoming semiarid in the far west

Information for Foreign Students in Paraguay

We recommend travellers to check visa requirements contacting the Paraguayan Embassy in their home country or going on its website.

- Embassy of the Republic of Paraguay in the UK

- Embassy of the Republic of Paraguay in the USA

Tap water is drinkable. Health insurance is essential. There is no British Embassy in Paraguay.

ATMs are widespread; many accept Cirrus, Maestro and Visa cards. American Express, MasterCard and Visa are widely accepted (though not in smaller hotels), while Diners Club has more limited use. ID is required, such as a passport, when making a purchase with a credit card.

Public transports are well organized in the country.

Official Selection of the Best Business Schools in Paraguay

Learn the ranking results of the best masters in Paraguay here: