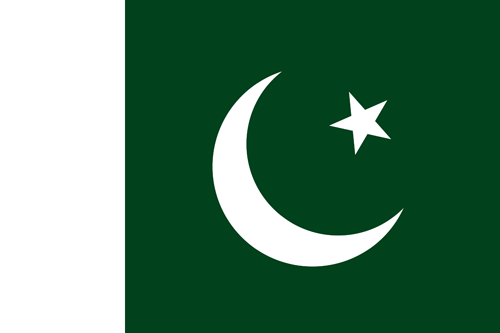 Information for Foreign Students in Pakistan
Getting There
Karachi, Lahore, and Islamabad are the main gateways to Pakistan by air. However, there are 134 airfields in Pakistan. Six other international airports are in Quetta, Gawadar, Peshawar, Sialkot, Multan, Rahim Yar Khan and Faisalabad.

Accommodation
There are various housing options in Pakistan but much of it depends on what city you are living in, what type of accommodations you would like and if you have friends with whom you are choosing to live. The following website has many possible options: http://www.homespakistan.com/students.

Money
Currency used in Pakistan is the rupee (PKR). ATMs exist in most areas and accept major credit cards.

Health
Visitors are strongly advised to refrain from drinking tap water; many Pakistani locals themselves drink boiled or purified water. Take every precaution to drink only boiled, filtered or bottled water. Tap water is known to contain many impurities. Ice is usually made from regular tap-water, and may be even harder to avoid. Fresh milk from the carrier should be boiled and cooled before consumption. Non-pasteurized dairy can spread tuberculosis. Be careful of the people with a hacking cough. Nestle Milk Pack, Haleeb Milk, Olpers, and others are trusted brands and are available at most grocery stores. Take precautions against malaria, which is spread by mosquitoes. The first and most effective way is to avoid getting bitten, but if you plan to stay in a place where malaria is common, you may need to eat prophylactic medicine as well. The risk of getting Malaria decreases with higher altitudes. In the summer it gets very hot. Be careful to stay hydrated. Temperature ranges between 40°C to 50°C in June-July. But as soon as Monsoon rains set in during Aug-Sept months, it gets to around 30°C but with high level of humidity.

Safety
For the ordinary traveler it's a fairly hospitable country but social protests tend to turn violent and political demonstrations are always sensitive. Before traveling you should check with your embassy about off-limits areas, the latest political & military developments and keep an close eye on current issues with independent news sources.

Transportation
Getting around the country has become much easier in recent years with the completion of some motorways, and an increase in private airlines. Pakistan Railway provides passenger rail service. The stations tend not to have their timetables in English, but sales agents can usually explain everything to you. There are several different classes of fares depending on amenities. Foreign tourists and students with an ISIC card can get 25% and 50% discounts, respectively, by first visiting the PTDC (Pakistan Tourism Development Corporation) office, getting a verification certificate there, and bringing it with them to the train's commercial ticket office (which is different from the regular ticket office, but usually close by). While the organization of local transport may look a little different between cities, there is usually an active bus service running through the city, with varying levels of government control. For local transport within cities, auto rickshaws are a cheap and flexible alternative. A development of the bicycle rickshaw, the auto rickshaw is a small vehicle powered by a two-stroke or four-stroke engine. The original gasoline versions constantly emit a stuttering noise and foul blue-black smoke, but many are opting for the CNG (compressed natural gas) versions, which are less polluting and a little quieter. Blue-and-yellow auto rickshaws take passengers; other colors tend to be privately owned. Always negotiate a price before entering the rickshaw. Rickshaws are banned in the capital Islamabad.

Official Selection of the Best Business Schools in Pakistan

Learn the ranking results of the best masters in Pakistan here: