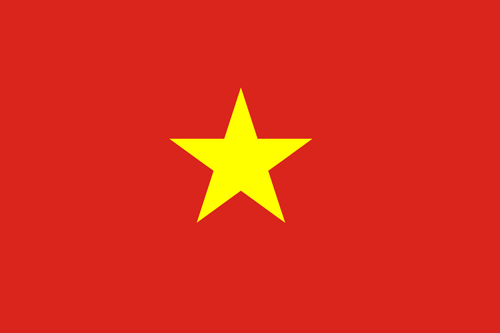 Obtaining a Visa A student visa is usually arranged after your arrival. It's acceptable to enter Vietnam on a tourist visa, enroll in a Vietnamese language course and then apply at the immigration department for a change in your visa status. In reality, the easiest way to do this is to contact a travel company and have them help you make the application.

Money Currency used in Vietnam is the dong (VND) which is difficult to find or exchange outside Vietnam, so change money on arrival and try to get rid of any leftover currency before leaving the country. Despite the fact that prices are widely advertised in US Dollars, payment is often expected in dong only, especially outside major tourist destinations. Payment by credit card merits a 3% surcharge and there are ATMs everywhere in major cities for withdrawals.

Health
Tropical diseases such as malaria, dengue fever and Japanese encephalitis are endemic in rural Vietnam. Malaria isn't as much a concern in the bigger cities such as Ho Chi Minh and Hanoi, but always remember to take mosquito liquid repellent with you. It may be very useful, especially in the countryside and crowded neighborhoods.

Safety Practice common sense. It is generally quite safe in Vietnam, but theft is common so be sure to keep your belongings close at all times.

TransportationAlthough more expensive than buses, trains are undoubtedly the most comfortable way to travel overland in Vietnam. There is one major train line in Vietnam, the 1723-kilometer trunk between Hanoi and Ho Chi Minh City, on which the Reunification Express runs. HCMC to Hanoi is more than 30 hours, and overnight hops between major destinations are usually possible, if not entirely convenient. It's a good way to see the countryside and meet upper-middle class locals, but unless you are traveling in a sleeper car it is no more comfortable than buses. Taxi-motorbikes, known as xe ôm are available everywhere and they will constantly harass you offering you a ride (no matter if the drivers speak English or not). It's advisable not to pick them since they will always make you pay much more than to locals and they will surely take you around for hours before getting you to the point you requested. In some cases they will take you wherever they want (tourist attractions or shops you didn't request to go) and sometimes they will wait for you to come back (even if you don't want them to wait) and will ask you for more money for having been waiting. Even if you speak some Vietnamese, this is not useful, since they will cheat you anyway or they will act as if they don't understand even if they do.

Official Selection of the Best Business Schools in Vietnam

Learn the ranking results of the best masters in Vietnam here: