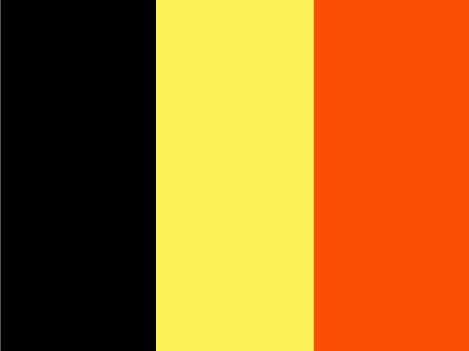 Type of government: parliamentary and federal democracy and constitutional monarchy.

National holiday: 21st of July (in 1831 when King Leopold I accessed to throne)

Information for Foreign Students in Belgium

For an unknown reason and contrary to the common trend, student halls are mainly dedicated to Belgium students. Consequently, international students have to search an accommodation by themselves. Thus, it is better to go there and spend a couple of days before, in July, August or September. Housing prices are not as low as we could expect; there are three kinds of accommodations:

- The studio with its advantages, a bit wider and more costly

- The flat, especially for couples

University restaurants are cheap and provide with a variety of generous plates for lunches and dinners, every day except on Sundays. For each meal, there are at least three different choices from 2.5-7€. It is also possible to spend even less money with food shopping, there are plenty of discount supermarkets like Kolryut or Kruydvat that are very appreciated by Belgian people and that have very competitive prices.

To open a bank account in Belgium, it is compulsory to have at least an identity card with a legal address. Sometimes it is the only document required.

If you have a monoband GSM, the best solution would be to buy a Belgian mobile that will be perfectly adapted to the local network. If you need to call a Belgian number, phone numbers are composed of nine figures; the two or three figures at the beginning constitute the area suffix.

The cities are not very big and it is easy to go around by feet. Plus, bikes are very popular; so you can go with your own bike or rent one. But you have to be careful because bikes are frequently stolen.

Official Selection of the Best Business Schools in Belgium

Learn the ranking results of the best masters in Belgium here: