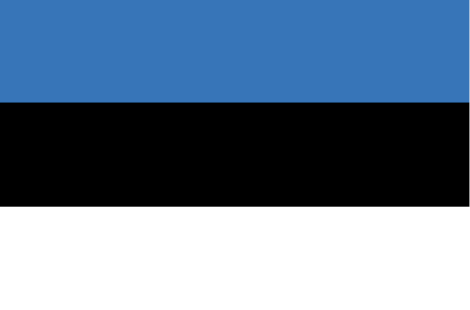 Information for Foreign Students in EstoniaGetting There
Tallinn is Estonia's international gateway. In addition to direct daily flights to/from all major Scandinavian (Stockholm, Copenhagen, and Oslo) and Baltic cities (Riga and Vilnius), there are direct flights from all major European hubs like London, Paris, Frankfurt and Amsterdam and regional hubs like Prague and Warsaw. Eastward connections are from Moscow and Kiev. Local carrier Estonian Air provides half of the services and the rest is provided by Finnair, SAS, Lufthansa, LOT, CSA, Air Baltic, Ryanair and others. Easyjet is one of a few low-cost carriers that provide service between Tallinn and major European cities. Travelers can pay as little as EUR 120 (US$160) or £80 Sterling to fly roundtrip from London to Tallinn.

Obtaining a Visa
Estonia is a member of the Schengen Agreement. For EU and EFTA (Iceland, Liechtenstein, Norway, Switzerland) citizens, an officially approved ID card (or a passport) is sufficient for entry. In no case will they need a visa for a stay of any length. Others will need a passport for entry.

Accommodation
Number of hotels has exploded from few to tens and hundreds after Estonia restored independence. In 2004, Tallinn achieved first place among the Baltic Sea cities in the number of overnight stays in hotels, though still behind Stockholm and Helsinki in the number of total overnight stays. A list of bigger hotels as well as some restaurants and nightclubs could be found at Estonian Hotel and Restaurant Association. As Soviet collective farms were disbanded, many farmers switched to running 'turismitalud,' or tourism farms, which are inexpensive and indispensable places for spending holidays in the nature, usually in a former farm house. A site on Estonian Rural Tourism provides information on the tourism farms in Estonia. Hostels are another popular option for budget-sensitive travellers; see the website of the Estonian Youth Hostel Association.

Cost of Living Estonia remains cheaper than Western Europe, but it is no longer the bargain basement it used to be and in touristy areas (such as Tallinn's Old Town) prices are almost at Scandinavian levels.

Money
Estonia uses the Euro as its currency.

Telephone
Mobile access is available everywhere, even on the smaller islands and at sea. Prepaid (pay-as-you-go) SIM cards can be bought from R-kiosks (ask for a 'kõnekaart' - calling card in English). Popular brands are Simpel, Smart, Diil and Zen. Start-up packages are in a range of 50-150 EEK (3-10 EUR).

Health
In general, Estonia has a good healthcare system. However, Estonia has Europe's second highest rate of adult HIV/AIDS infections, currently over 1.3% or 1 in 77 adults. Generally, the rate is much higher in Russian-speaking regions like Narva or Sillamäe. Don't make the situation worse by not protecting yourself and others.
TransportationIn Estonia, the public transport system is well-developed and it is preferable to walk, cycle or use public transport, given the local Eastern European style driving culture may be dangerous for the inexperienced.

Official Selection of the Best Business Schools in Estonia

Learn the ranking results of the best masters in Estonia here: