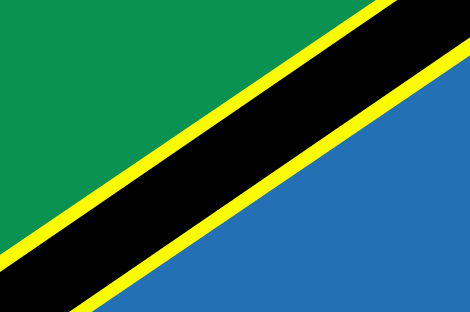 Obtaining a VisaPlease visit the following website (http://www.tanzaniaembassy-us.org/tzevisa.html) for detailed information regarding the Tanzanian student visa.

MoneyCurrency used in Tanzania is the Tanzanian Shilling (TSH). Most hotels will exchange US Dollars, Euros and British Pounds for Tanzanian Shillings. Others will be more difficult to exchange. ATMs are available in major cities and credit cards are only accepted at large hotels, resorts and with certain travel agents; Tanzania is still a cash society.

Health
After food-borne illnesses, malaria should be your greatest concern. Malaria is transmitted by mosquitoes and is endemic to Tanzania. You may find yourself at risk in almost every part of the country, although this risk is diminished at altitudes above 2000 m. Care should always be taken between sunset and sunrise, especially during the rainy season. Other major illnesses to avoid are typhoid and cholera. In theory, typhoid can be avoided by carefully selecting food and drink and by avoiding consumption of anything unclean. In addition, the yellow fever vaccine is recommended. Hospitals and dispensaries in Tanzania do not meet western standards. If you require surgery or any complex medical procedure you will have to be evacuated to Kenya, South Africa or Europe. You should ensure your medical insurance covers such expenses.

Safety As in many impoverished countries, caution should always be exercised, particularly in tourist areas, such as Arusha, Stone Town (Zanzibar), and Dar es Salaam. Violent crime against foreigners is not uncommon, particularly against those walking alone at night, which is not recommended. Pickpocketing and con artists are also common. Pickpockets work crowded markets, like Kariakoo, and bus stations. Don't be fooled by small children who are often forced into a life of crime by older kids or parents -- never carry anything of value in your pockets and don't let expensive camera equipment dangle from your neck. Don't leave bags unattended or even out of your sight when on the beach. In general, avoid isolated areas, especially after dark. Travelling in large groups is safer. If there are many people or security guards around (e.g. city center areas) you should be relatively safe.

Transportation
The bus is the most common way to travel around in Tanzania. Most buses have a simple design, and the roads are poor, although 1st class air-con buses are available on the Dar-Moshi-Arusha route (Dar Expres s- ticket office on Libya Street downtown or office no. 45 at Ubungo). Nearly all buses go in and out of Dar es Salaam. The main bus station in Dar (where all buses go), Ubungo, is 8 km west of the city center. A number of the better 'intercity buses' provide you with complimentary drinks and biscuits. Scandinavia Express is a good choice if you want to travel by bus, as their routes cover much of the country, although they have fallen on hard times of late. They operate their own terminal in downtown Dar es Salaam. There are also three-wheeled tuktuks/baby taxis/CNGs/bajajis that zoom around. They are cheaper than a taxi, and can get past traffic jams. Private taxis are also a convenient choice, but be sure to negotiate the price before you use them.

Official Selection of the Best Business Schools in Tanzania

Learn the ranking results of the best masters in Tanzania here: