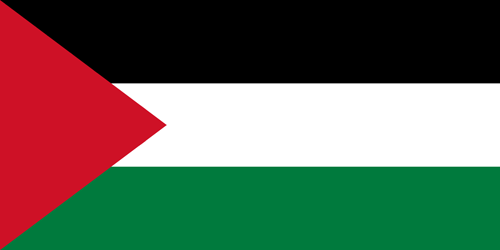 Information for Foreign Students in the Palestinian AuthorityGetting There There are no civilian airports within the West Bank, and the the nearest major airport is Tel Aviv's Ben Gurion. From Ben Gurion Airport, it is possible to take a 50 minute taxi or shuttle ride to Jerusalem. Gaza has no functioning airport, as the former Yasser Arafat International Airport has been shut down since 2000, It has badly damaged by multiple bombings - the most recent in 2009 - and is unlikely to reopen in the foreseeable future. The Israeli Air Force monitors Gazan airspace with radar, and regularily sends patrols of drone aircraft and fighter jets over Gaza. A surveillance balloon is also tethered at the Erez Crossing. For time being, the closest airport is the El Arish International Airport.

Money Currency used is the Shekel, although US Dollars seem to be widely accepted, especially at tourist shops.

Safety Because of ongoing conflict in this area of the world, travellers should take notice of travel advisories issued by various embassies before undertaking travel here. Security concerns result in travel between Israel and the Palestinian Territories being tightly controlled on occasions. Travellers should ensure that their travel documentation is entirely in order and should monitor local news channels in case the security situation changes suddenly.

TransportationTaxis are your best bet. If you're part of a tour, your tour bus is even better. Delays at checkpoints are common when you enter or leave Palestinian cities. Shared Taxi: Most Shared Taxis have fixed bus-stations, often car-parks near the center of towns or cities. Larger minivans carry 7 passengers and inner-city shared taxis carry 4. Fares are fixed and overcharging on these services is extremely rare. Shared taxis are often distinguished with black stripes on front and back at the sides, particularly the normal-sized cars serving inner-city routes. You should pay the driver directly once the journey has begun, although you can wait until you reach your destination. Passengers will often work out the change between themselves. As you may be sharing with conservative or religious people, you may observe a certain etiquette, particularly when it comes to men and women sitting next to each other. Private Taxi: Private taxis are very common and can be hailed down at any point. Fares should be negotiated in advance although there are fixed rates for common journeys and it is worth checking with a local in advance. Some taxis will operate on the meter if requested although this is rare. Rates between cities vary widely and some taxis are not permitted to operate inter-city.

*Most Western governments have issued a severe and strict travel warning against entering the Gaza strip. While seeming internally stable, most consider it effectively a war zone. The Palestinian factions and the Israeli military are well armed and quite willing to shoot when they think it necessary. Anyone who carries anything identifying them as Jewish, such as a Star of David necklace, is very much at risk.

Official Selection of the Best Business Schools in Palestinian Authority

Learn the ranking results of the best masters in Palestinian Authority here: