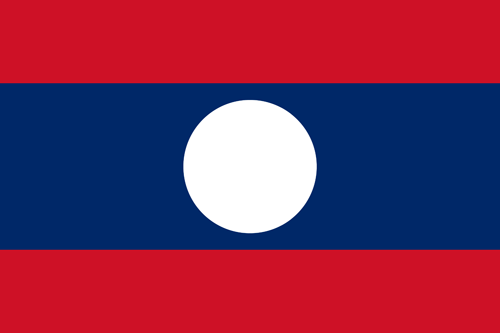 Information for Foreign Students in Laos

It is compulsory for all foreigners. A 15-day visa on arrival is now available for nationals arriving at Vientiane International Airport, Luang Prabang International Airport or Friendship Bridge; visas are not extendable. All visas are issued for single entry and must be used within two months of date of issue. However, we recommend you to contact the embassy and check visa requirements.

All water should be regarded as being potentially contaminated. Water used for drinking, brushing teeth or making ice should have first been boiled or otherwise sterilized. Any treatment must generally be paid for in cash. Health insurance is essential and should include cover for air evacuation.

ATMs are slowly being introduced, particularly in Vientiane, but do not rely on them. Major credit cards are accepted in the more upmarket hotels and restaurants only in Vientiane and Luang Prabang.

Internet cafes are located in the major towns and are increasingly spreading. High-speed connection is only available in places such as Vientiane and Luang Prabang. Roaming agreements exist with a few international mobile phone companies. Check with your service provider. Coverage is sporadic and mainly, though not exclusively, situated around Vientiane. The General Post Office (GPO) offers public telephones for national and international calls. There are also card phone booths available.

Official Selection of the Best Business Schools in Laos PDR

Learn the ranking results of the best masters in Laos PDR here: