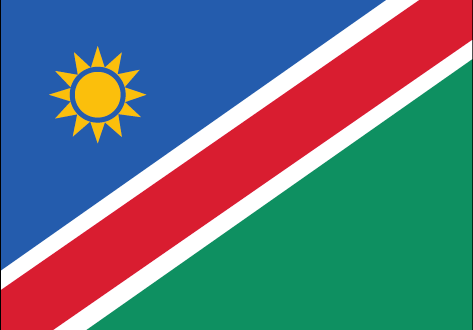 Languages:  English 7% (official), Afrikaans common language of most of the population and about 60% of the whi

Information for Foreign Students in Namibia

Australians, Canadians, nationals from the UK and other European Union members do not need a visa. Except nationals from Bulgaria, Cyprus, Czech Republic, Estonia, Greece, Hungary, Latvia, Lithuania, Malta, Poland, Romania, Slovak Republic and Slovenia. They will need to check the requirements online or call the Namibian embassy in their country

Types and costs of visas: they are issued at a cost of £28 for standard three day processing time and £56 for same day processing. Visa applications should be submitted in person between 09:00 and 16:00 on working days at the Namibia High Commission in London.

Mains water is normally chlorinated and, whilst safe, may cause mild abdominal upsets. Health insurance is essential. It is advisable to consult your doctor well in advance of travelling about immunisations and assembling a first aid kit. Malaria risk exists in the entire northern third of the country (Oshana, Oshikoto, Omusati, Ohangwenga, Otjozondjupa and Omaheke) from November to June and along the Kunene river and in Kavango and Caprivi regions throughout the year.

American Express, Diners Club, MasterCard and Visa are accepted. Credit cards are not usually accepted at petrol stations, so bear this in mind when you visit the ATM. Although ATMs can be found in most towns, it's worth making sure that you've got enough cash handy at all times, as towns can be few and far between.

There are internet cafés in Walvis Bay, Swakopmund and Windhoek. Most youth hostels and some game lodges will offer internet services. As Namibia is such a remote country, carrying a mobile phone of some description is definitely sensible. Roaming agreements exist with most international mobile phone operators. Coverage is limited to urban areas. MTN is the local mobile provider, and it's possible to buy phone cards at petrol stations and general stores.

Official Selection of the Best Business Schools in Namibia

Learn the ranking results of the best masters in Namibia here: