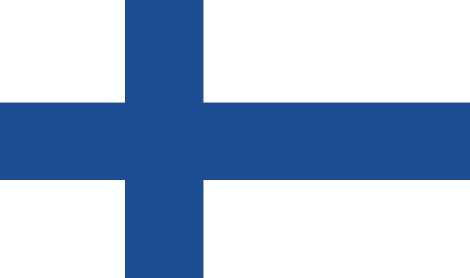 Climate:  cold temperate; potentially subarctic but comparatively mild because of moderating influence of the North Atlantic Current, Baltic Sea, and more than 60,000 lakes

Information for Foreign Students in Finland

Getting there
The best way to travel in Finland is by plane. If you travel by plane, you can choose to send your luggage directly to Finland. The shipment is usually fairly easy, and will probably cost less than paying extra luggage. You will just have to retrieve them at Helsinki airport.

Applying for a visa

European Union Nationals do not need a visa to go to Finland. Other foreigners who are planning to stay in Finland longer than three months have to apply for a residence permit at Finland Embassy before their departure. An entry visa costs 30 euros, while a work permit and a residence permit cost 175 euros. At your arrival, you should register at the local police station. Once the certificates obtained, you should go to the joint municipal offices to get a Social Insurance Number.

Finding an accommodation in Helsinki can be very easy: by filling out registration forms, each student has the option to reserve a room in one of the several HOAS halls, which are scattered over the city. Normally, HOAS offer either a room in sharing for three or four students, either studios. Prices vary from 240-350 euros. Thus, HOAS halls are more affordable than rooms on the open market, which often cost up to 500euros.

Cost of Living
Life in Helsinki is generally more expensive than in central Europe and rents are considerably higher. In addition, food is expensive. Vegetables and fruits are either imported from afar, either produced locally.

Almost all ATMs accept Visa and MasterCard. If you have a euro account within a bank in a country of the European Union, no commission will be charged for your withdrawals. According to your individual preferences, it is possible to open an account in a bank in Finland. Opening a bank account is absolutely free and includes the distribution of a Visa Electron card. The Nordea, OP and Sampo banks offer a good service for foreigners.

Phoning
The fact that there are no landlines in Finland may be surprising for a foreigner. Telecommunications in Finland, the country of Nokia, are made through mobile phones. Several operators share the market: Sonera, DNA, Kolumbus, Elisa. In general, it is difficult to identify the least expensive company. You can also buy prepaid cards. To call abroad, you can also equip yourself with the program Skype.

The Finnish healthcare system is cheap and effective. In case of illness, you can go either to a university hospital or a health center, terveysasema.

Transportation
Public transports in Helsinki is very well developed, easy to understand and cheap. Although the existence of a single subway line may be surprising, there are ten streetcar lines and several bus lines. The only problem is that the subway ends at midnight and that night buses do not travel every day of the week. Thus, it is interesting to buy a second hand bicycle, if you live far from the center. The guide of the national train company VR is very clear. It is sold at major stations for 1 euro.

Official Selection of the Best Business Schools in Finland

Learn the ranking results of the best masters in Finland here: