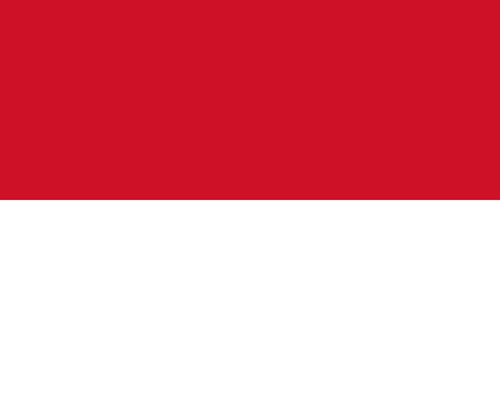 Information for Foreign Students in Monaco
Getting There
The nearest airport is the Nice Côte-d'Azur International, which is around 40 kilometers (24.85 miles) away from the Monaco city-center in neighboring France. It operates daily flights to nearly all of Europe's main cities, such as London and Paris. There are regular Rapide Cote D'Azur buses connecting Monte Carlo with both terminals at Nice Cote-D'Azur airport, and taxis are always available outside the terminal buildings - although make sure a fee is agreed in advance or that the meter is switched on at the start of the journey, as shady French taxi drivers are notorious for charging tourists whatever they see fit. There is also the option of traveling by train. The Monaco-Monte Carlo station has good service to most of neighboring France and Italy. There are 2-4 services per hour to Nice, Cannes, Menton (France) and Ventimiglia (Italy). Most international trains will stop, such as the 'Ligure' which links Marseilles and Milan, the 'train bleu' which operates between Paris and Ventimiglia, and the famous high-speed TGV which runs between Nice and Paris. A TGV train between Paris and Monte Carlo takes around 6.5 hours. The station also has some links to other towns in the principality. Be aware that there's no left-luggage in the train station nor in the rest of Monaco. There's a law in Monaco forbidding leaving baggage anywhere.

Obtaining a Visa
Being a part of the European Union, one does not need a visa to enter Monaco unless it is over 90 days after which point a residence visa is required.

Accommodation
If you're on a budget, Monaco is not the best place to be. For example, a two star hotel without breakfast and bathroom will cost around €60 per person. A better option is to stay in one of the many towns outside of Monaco, for example Ventimiglia, which is a sea-side town situated on the French-Italian border on the Italian side. Nice is only 1/2 hour away from Monaco and it's very cheap to use the frequent trains. During the winter season, a comfortable two star hotel will only cost you about €20 a person.

Cost of Living
Monaco is very expensive because of its propensity to attract tourists. However, as a result, the quality of living is very high. Food in Monaco is universally excellent. There are many fine restaurants, beginning with the Cafe de Paris across the street from the casino, to the waterfront restaurants along the Port de Fontvieille. During the winter months, you will find the restaurants to be decently priced--for Monaco. Bouillabaisse is excellent here.

Money
Monaco uses the Euro as its currency.

Safety
Monaco is a very safe, crime-free location, with a strong police presence. Every public space is blanketed with cameras and any kind of disorder may produce an immediate reaction and the attendance of many officers.

Transportation
Walking is by far the best way to get around Monaco; however, there are some areas, such as the Exotic Gardens, that require a large change in elevation and therefore make for rather strenuous hikes. There are also seven public escalators and elevators (all free) that help negotiate the steep slopes of the city. If you find yourself afoot and wanting to reach the opposite bank of Port Hercule, look for the small pedestrian-only ferry that runs each 20 minutes or so during daylight; it costs only one Euro. There is also the option of using the public bus system. Monaco has an urban bus service, operated by the Compagnie des Autobus Monaco, through the city's five bus routes (labelled 1, 2, 4, 5 and 6) which serves 143 stops. Each stop has the bus number(s) that stop there, and most stops feature a real-time display showing waiting times for the next service. Each stop has a name and a network map. The service usually starts at around 6 in the morning and runs right through until about 9 o'clock at night. Tickets can be purchased on board the buses themselves or at many news vendors and shops throughout the city - often it will be advertised as to where you can do this. A daily pass allows you to use the buses all day for €3 (9/2009) and can also be purchased onboard the bus. A night bus service operates in a circular route from 22.00 until 04.00.

Official Selection of the Best Business Schools in Monaco

Learn the ranking results of the best masters in Monaco here: