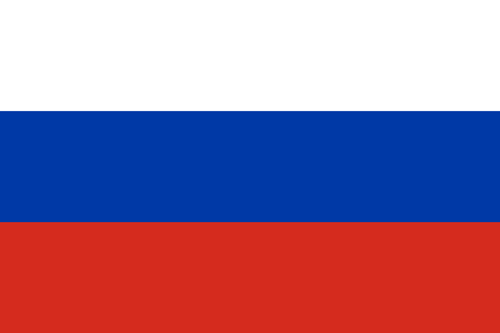 Climate:  humid continental climate prevalent everywhere except tundra and extreme southeast where it has a subarctic climate

Information for Foreign Students in RussiaGetting ThereMoscow and Saint Petersburg are served by direct flights from most European capitals, and Moscow also has direct flights many cities in East Asia, South Asia, Africa, the Middle East, and North America. US non-stop flights from the United States to Russia are offered by Delta (from New York and Atlanta to Moscow, Sheremetyevo), United Airlines (from Washington to Moscow, Domodedovo) and Aeroflot (from New York, Washington and Los Angeles to Moscow, Sheremeryevo). There are also non-stop services offered from Toronto and Montreal, Canada to Moscow, Domodedovo operated by Transaero. Please, mind that there are 3 international airports in Moscow: Sheremetyevo (SVO) in the northwest, Domodedovo (DME) in the south and Vnukovo (VKO) in the southwest. Getting between these airports is quite challenging, because there are no means of rapid transfer between them, so if you are planning a transfer trip, mind airports for all your flights.

Obtaining a Visa
There are number of ways to get a Russian visa, but first of all, you will need an official invitation. Invitations for student visas are issued by the educational institution where you plan to study. Once you have an invitation you can apply for a visa. Most universities and language schools are familiar with the process, and if you contact them they will give you all the details you need. You must register your stay within 3 business days of arriving at each place of stay. Exit and reentry during the time of your visa requires permits. Getting these permits is a Kafkaesque bureaucratic nightmare best avoided entirely by spending more money in advance for a multiple entry visa.

MoneyCurrency used in Russia is solely the ruble (RUB). There are many places to exchange money, and hotels are generally the most expensive with their rates. ATMs are common and convenient in Moscow and St. Petersburg; other cities might have more restrictions on international cards. Likewise Moscow and St. Petersburg are the two cities where the credit card is most readily accepted.

Health
Medical facilities in general are state-of-the art throughout the entire country. However there are some places where the standards of health are considerably below western standards due to shortage of medicines, and improper care of patients. If you are unsure about the medical facilities, the best thing to do is to check up with anybody. Ensure that all of your vaccinations are up to date, and you have sufficient amounts of any prescription medicine you may be taking. Pharmacies are common in major cities and carry a large supply of quality western medications. Besides local doctors (generally good quality but often working in poor facilities) there are several Western-run medical centers in major Russian cities. These all have different policies for payment (some take credit cards, some require payment in cash up front, even if you have insurance) so make sure you know what you are paying for (and when and how) before you agree to any services.

Safety For the average tourist Moscow, Saint Petersburg and the rest of Russia are actually just as safe as most major European cities. Exercise common sense.

Transportation
Due to the immense size of the country, and the poor road safety, the best way to get around through the entire country quickly is by Train. Russia has an extensive rail network linking nearly every city and town. For intercity travel, the train is generally the most convenient option for trips that can be covered overnight. Although accommodations may not be the best, Russian trains have efficient and courteous staff as well as timely departures and arrivals that would impress even a German. The train is an option for longer trips (many Russians continue to use it for trips of 2 days or more), but mainly if you appreciate the nuances and experience of train travel in Russia.

* Travelling to the North Caucasus is strongly not advised as the current situation there is extremely dangerous, due to ongoing conflict within the region.

Official Selection of the Best Business Schools in Russia

Learn the ranking results of the best masters in Russia here: