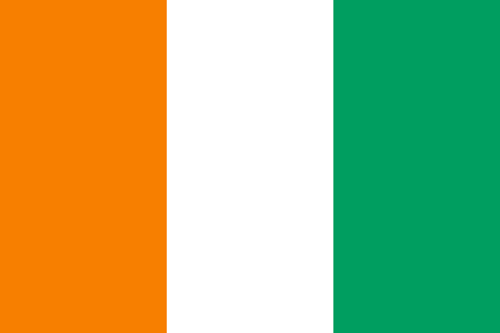 Climate:  tropical along coast, semiarid in far north; three seasons - warm and dry (November to March), hot and dry (March to May), hot and wet (June to October)

It is compulsory for all western foreigners, except for those from the US when they spend up to 90 days in the country. We advise you to contact the embassy to check visa requirements. As for African Nationals, visas are not required by nationals from Benin, Burkina Faso, Cape Verde, Central African Republic, Chad, Congo, Gambia, Ghana, Guinea, Guinea-Bissau, Liberia, Mali, Mauritania, Morocco, Niger, Nigeria, Senegal, Sierra Leone, South Africa, Togo and Tunisia.

Types and costs: prices vary according to nationality. Prices given are for UK nationals. Tourist, Business and Transit: £100 (single-entry); £120 (multiple-entry). The validity is three months.

A yellow fever vaccination certificate is required from travelers over one year of age coming from all countries.

All water should be regarded as being potentially unsafe. Water used for drinking, brushing teeth or making ice should have first been boiled or otherwise sterilized. People who are not used to drinking it could have upset stomach.

Health care facilities in the main towns are up to international standards but expensive; medical insurance is essential.

American Express and MasterCard are widely accepted; Diners Club and Visa have more limited use.

Only currency issued by the Banque des États de l'Afrique de l'Ouest (Bank of West African States) is valid. Travelers' cheques are accepted in hotels, restaurants and some shops.

Abidjan has a poor public transportation system; if you choose to travel by bus despite the risks, the 'Express' line is believed to be the safest and most reliable. In Abidjan, taxis are readily available, inexpensive (metered). Orange taxis are widely known to be the most secure form of public transportation. Communal taxis ('woro-woros'), used only within the limits of each commune, are not metered and are dangerous. Don't use local vans ('Gbaka') because they are frequently involved in accidents.

Public access is available at Internet cafes in Abidjan. There are numerous mobile-cellular service providers competing in the market; International telecommunications are available in major towns and centres.

Official Selection of the Best Business Schools in Ivory Coast

Learn the ranking results of the best masters in Ivory Coast here: