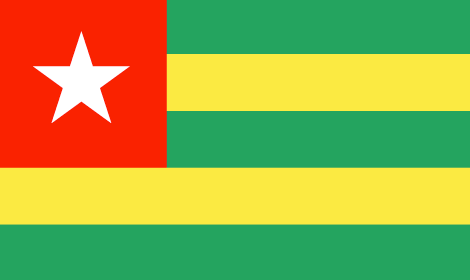 Information for Foreign Students in TogoGetting ThereSeveral airlines offer regular flights to Lomé. But flying directly to Togo is often more expensive than flying to Accra in neighboring Ghana. Comfortable, air-conditioned, and reasonably priced buses leave Accra for the border at Aflao. At Aflao, travellers must walk across the border into Lomé and find their own transport inside Togo. There are bush taxis everywhere. These are basically four door cars, with four people in the back, and two sharing the front. From either Accra or Benin, you can take bush taxis for $5 to Lomé. From there, you can take them out to more rural areas. You can also offer to pay for the entire car, so that you're not cramped. For this, calculate the price of six people, and then bargain down from there. The Trans-West African Coastal Highway crosses Togo, connecting it to Benin and Nigeria to the east, and Ghana and Côte d'Ivoire to the west. When construction in Liberia and Sierra Leone is finished, the highway will continue west to 7 other ECOWAS nations. A paved highway also connects Togo northwards to Burkina Faso and from there north-west to Mali and north-east to Niger.

Obtaining a VisaPlease visit the following website (http://togo.travisa.com/VisaInstructions.aspx?CountryID=TG&) for detailed information regarding the student visa.

Health
Drink bottled water such as Volta or sachets of 'Pure Water'. Bissop juice is also fairly safe as it is boiled, and avoid the lemonade 'citron' despite its delicious aspect. Stay away from road-side meals if possible. People relieve themselves in the streets in Lomé, so be aware of that and wash your hands frequently.

Safety Stay away from the beach at night. Tourists have been robbed during the daytime as well. Don't wander around drunk after dark. Keep your street smarts and you should be fine. Also don't let any child wander alone. Don't leave any money around the place you are staying at also. You want to stay as safe as possible!

TransportationA taxi-moto (motorcycle taxi) will cost 150-500 CFA to get you around. You can tell who the taxi-moto drivers are--they will honk or hiss at you as they drive by and usually wear baseball caps and sunglasses. A cab will usually cost about 500 CFA for a one-way short trip inside the city, for trips to the northern parts of the city expect to pay up to 2,500 CFA. Taxis will have yellow license plates and their registration number painted on the car. Always negotiate before you get on/in, the quoted price will include tip!

Official Selection of the Best Business Schools in Togo

Learn the ranking results of the best masters in Togo here: