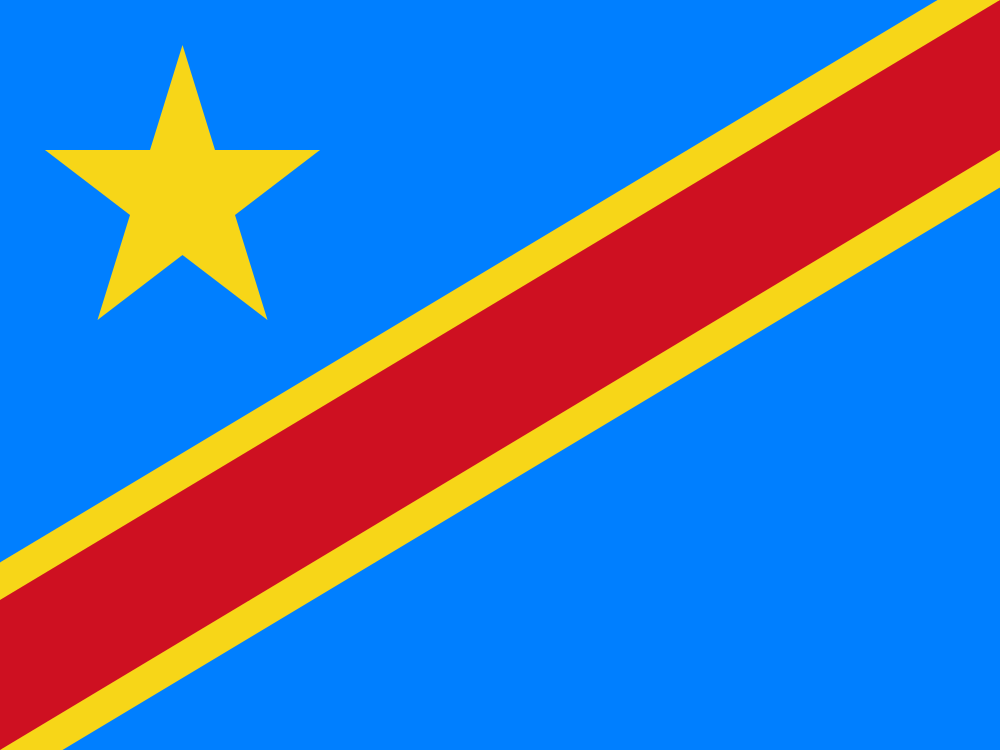 Information for Foreign Students in the Democratic Republic of the CongoGetting There From Africa: South African Airways, Kenyan Airways serve Kinshasa three times a week each. Ethiopian Airlines has daily flights from Addis Abbaba. From Europe: Air France, Brussels Airlines have regular directs flights. The cheapest flights are on African airlines flying London-Kinshasa and Paris-Kinshasa, roughly $500 per person ($1,000 roundtrip).

Obtaining a Visa
Everyone traveling to the Congo for any purpose will need a visa. You will need the completed application form, one passport-sized photograph, vaccination certificates, and evidence that you have sufficient funds to cover your stay, which includes evidence of a hotel reservation.

Money Currency used is the Congolese franc, but US Dollars are widely accepted. Note that if you pay in US Dollars, you will get change in Congolese francs. Mastercard ATMs are available in Kinshasa.

Health
Do not drink the local water. Bottled water seems to be cheap enough, but sometimes hard to find for a good price. The usual soft drinks (called sucré in Congo) such as Coke, Pepsi, Um Bongo and Mirinda are available in most places and are safe to drink. Local drinks like Vitalo are amazing. Traditional drinks like ginger are also common. You will need a yellow fever vaccination in order to enter the country. There are health officials at entry points, such as the airport in Kinshasa who check this before you are allowed to enter. Congo is malarial, although slightly less in the Kivu region due to the altitude, so use insect repellent and take the necessary precautions such as sleeping under mosquito nets. The riverside areas (such as Kinshasa) are quite prone to malaria.

Safety At present, the country cannot be considered a tourist destination. Travel by car is extremely dangerous, particularly outside Kinshasa, Goma and Kisangani. Certain regions are controlled by rebel forces and cease fire agreements are weak. Several countries have issued travel warnings. A UN peace keeping mission is trying to prevent warfare.

TransportationDue to the immense size of the country, the terrible state of the roads and the poor security situation, the only way to get around the country quickly is by plane.

* Parts of the Democratic Republic of the Congo are not safe for independent travel or sightseeing. Those visiting for business, research, or international aid purposes should consult with their organization and seek expert guidance before planning a trip. Kinshasa is has a high crime rate similar to Lagos or Abidjan. In the northeastern part of the country, there is the LRA near the border with the CAR/Sudan/Uganda and an ongoing conflict and refugee crisis in N/S Kivu (although Goma & Virunga NP are safe to visit) which make those regions not safe for travel.

Official Selection of the Best Business Schools in RDC

Learn the ranking results of the best masters in RDC here: