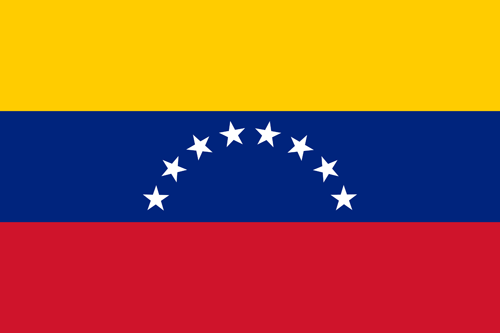 Climate:  varies from low elevation plains with high temperatures to glaciers and highlands with relatively cool temperatures; rainy season is from June to October

Information for Foreign Students in VenezuelaGetting There The main international airport is Simon Bolivar International Airport (locally known as Maiquetia airport) located in the Vargas state. It is approximately a 30-minute ride from Caracas. Buses are available during the day, departing from Parque Central next to Calle del Sur. You can travel non stop from the US and most major European cities.

Obtaining a Visa Please visit the nearest Venezuelan consulate for details regarding your student visa.

Money Currency used in Venezuela is the Bolivar fuerte (BSF), which is not easily convertible outside the country so try to spend it all before leaving. Major credit cards are widely accepted and ATMs are readily available.

Safety Above all, when you are in Venezuela it is very important to use common sense. If you follow the right precautions, you'll probably have no problem. Don't look at anybody the wrong way, and don't look too wealthy. Despite all the issues with security, you may avoid most problems by either staying in the touristic areas or visiting the less touristic areas with someone that lives in the country.

TransportationTravelers in Venezuela are obliged to carry identification. There are military checkpoints on many roads, so while travelling by car or bus keep your passport handy, ideally you should keep a colour photocopy of your passport. The military presence is constant, yet is not usually cause for concern. That having been said, there are corrupt officials. When approaching a crosswalk in Venezuela, it is important to remember that pedestrians do not have the right of the way as they do in the U.S. and many European countries. If you slow down or stop at a crosswalk to allow a pedestrian to cross, you could cause an accident with unsuspecting motorists. The bus system is extensive and extremely affordable (in part due to the low price of gas). Bus terminals are hectic, but it is usually easy to find a bus to any major city leaving within a short amount of time. Travel within cities is usually via taxi. Taxis are more expensive than any other form of transport, but still affordable when compared to North American or European equivalents. Caracas has a clean, modern and cheap metro system, currently being expanded. While armed robberies are almost unheard of in the metro, pickpocketing is rampant. It's best to keep bags in front of you and avoid unsolicited contact with strangers.

Official Selection of the Best Business Schools in Venezuela

Learn the ranking results of the best masters in Venezuela here: