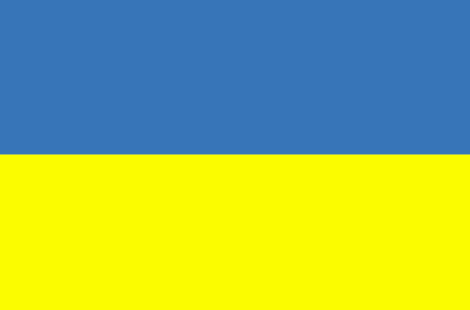 Climate:  temperate continental climate; a more Mediterranean climate can be found on the southern Crimean coast

Information for Foreign Students in UkraineGetting ThereThe cheapest way to fly into Ukraine is through the Kyiv Boryspil International Airport. The main international hubs for these flights are Budapest, Frankfurt, Milan, Munich, Prague, London, Rome, Vienna and Warsaw with several flights a day of Austrian AUA, CSA Czech Airlines, LOT, Lufthansa, Alitalia, Air France, British Airways, KLM and MALEV - Hungarian Airlines; also Ukraine International, which code-shares on these routes with the respective carriers, and another Ukrainian carrier, AeroSvit. Special offers on flights come and go, depending on the whim of the carrier. Recently the low-cost airline Wizzair started operations within Ukraine and will start one international route from Kyiv to London Luton airport in December 2008. The only other low cost carrier serving Ukraine is AirBaltic, with flights routing through either Riga, Latvia, or Vilnius, Lithuania. AeroSvit could also be considered a somewhat low-cost carrier.

Obtaining a VisaPlease visit the following website for information regarding the student visa for Ukraine: http://www.studyinukraine.org/required_documents.shtml.

MoneyCurrency used in Ukraine is the hryvnia. However, currency exchange points are very common in cities. The most common and widely convertible currencies to exchange are the Euro, the Russian Rouble or the US Dollar, and sometimes the British pound. Additionally, it is important to note that Ukraine is a predominantly cash economy. ATMs are plentiful; however, credit cards are accepted at supermarkets and other large or touristy establishments. Be sure that you are confident in the security of the place before you use your card.

Health
Do not drink tap water. Major reason of this is that water in many regions is disinfected using chlorine, so taste is horrible. Whenever possible buy bottled water, which is widely available and generally okay to drink.

Safety Many people will tell you that you can take a copy of your visa with you. Sadly, some people experience trouble over this. It's always better to carry your passport with you. A photocopy can be refused as proof of identity. A phone call to a local that can help you will often prove very effective in such a situation. Get the details of your local embassy and/or consulates in advance and note their emergency numbers.

Transportation
Be aware that all foreigners are subject to higher scrutiny by police when traveling on public transportation, especially intercity forms of it. Be prepared to show your passport and entry papers and keep your embassy/consulate number handy in case you come across a corrupt official. If you are caught outside your base city without your official documents, be prepared for big fines. The quickest way to get around big cities is the so-called marshrutka - the minibuses which follow routes much like the regular buses do. You can generally flag them down or ask them to stop at places other than the specified bus-stops. The fare is paid as soon as you get in, and is fixed no matter how far you want to go. This is the same for the conventional buses, tram, trolley-buses and the Metro. You tell the driver that you want to get off when you're approaching the destination. Each city has an inter-city bus station from which you can go pretty much anywhere in Ukraine. Fares and quality of service vary widely. Ukrainian trains are quite old and slow compared to European standards, but punctual, reliable and cheap.

Official Selection of the Best Business Schools in Ukraine

Learn the ranking results of the best masters in Ukraine here: