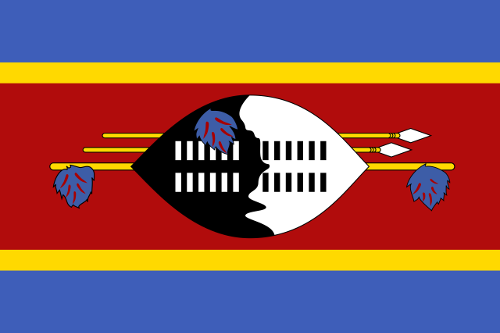 Climate:  rainy in the summer, dry in the winter

Information for Foreign Students in SwazilandGetting ThereThe only International airport of Swaziland is Matsapha Airport which lies about 1km outside of Manzini. Airlink Swaziland provides flights from Johannesburg (South Africa). There is also a small car rental station at the airport and a snack shop. A hotspot has recently been installed, allowing users with WiFi and Wireless LAN equipped computers or PDA's to access the internet from anywhere in the building free of charge.

Obtaining a VisaPlease visit the following website (http://swaziland.travisa.com/VisaInstructions.aspx?CountryID=SW&) for detailed information regarding the Swaziland student visa.

MoneyCurrency used in Swaziland is the lilangeni.

Health
Swaziland has the highest HIV/AIDS prevalence rate in the world. 1 in 3 adults are infected, thus be aware. There are risks for bilharzia if you frequent infected streams, as well as seasonal risks for malaria in the North-East parts of Swaziland near Mozambique. Be sure to use mosquito nets and repellent where necessary.

Safety Swaziland has a much lower crime rate than other countries in the region.

Official Selection of the Best Business Schools in Eswatini

Learn the ranking results of the best masters in Eswatini here: