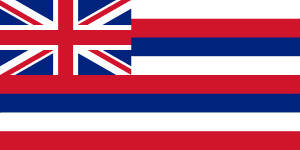 Information for Foreign Students in HawaiiGetting There Most flights from the mainland US and almost all international flights land in Honolulu on the island of Oahu. From here, passengers destined for a Neighbor Island will connect to an interisland flight (see By Plane in Get Around below). Direct service from the mainland is also available to Kahului on Maui, Kona on the Big Island, and Lihue on Kauai as well.

Obtaining a Visa Foreign travelers entering Hawaii directly from another country are subject to the same entry requirements as for the United States in general.

Money
Being a state of the United States, the currency in Hawaii is the US Dollar.

Health
Hospitals in Hawaii meet U.S. standards for care, and can be found in the urban areas of each island. The hospitals in Honolulu are larger and have the most advanced equipment; the hospitals on the neighbor islands provide general care. There is currently a shortage of specialists on the Neighbor Islands. Depending on where you are and how serious your condition is, be advised that you may need to be medically evacuated to Honolulu for treatment.

Safety
Theft is a big problem in cities as well as beaches and parks.

Transportation
It's hard to miss the colorfully-decorated buses that crowd the streets of major cities and highways of Guatemala. These are chicken buses, or camionetas in Spanish, and are a common form of travel for Guatemalans and a travel adventure for tourists. They are much cheaper than tourist vans or taxis and are usually very crowded, with three people squeezed into seats barely big enough for two children, and more people standing in the aisles. You can board a chicken bus almost anywhere along its route. If you put out your arm, it will stop. You board and find a space to sit or stand. The conductor will come back to you after the bus is underway, and collect your fare. You need to recognize where your stop is, and move to the door in time. You ask the bus to stop, more or less wherever you want to get off.

Official Selection of the Best Business Schools in Hawaii (U.S.A)

Learn the ranking results of the best masters in Hawaii (U.S.A) here: