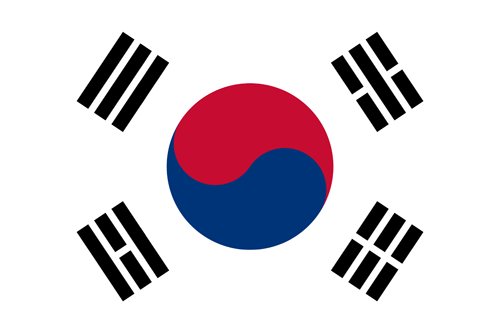 Climate:  humid continental climate and humid subtropical climate; a short rainy monsoon season during the summer from the end of June-end of July; winters are extremely cold with heavy snowfall

Information for Foreign Students in South Korea
Getting There
South Korea has 7 international airports: Busan(Gimhae Airport),Cheongju, Daegu, Jeju, Muan, Seoul(Gimpo Airport and Incheon Int. Airport). Incheon International Airport, about 1 hour west of Seoul, is the country's largest airport, with good connections throughout the world. This is also arguably the best run and best designed airport in the world - a pleasure to use, although if you arrive late watch out for pushy taxi drivers lying about the hotel buses and trying to get you to pay 3x the normal fare. There are direct inter-city buses to many locations throughout South Korea just outside the international arrival hall. You can buy the tickets at the airport. Korean Air and Asiana are the principal carriers to and from South Korea. Air France, KLM, Lufthansa, Finnair, Aeroflot and Turkish Airlines serve Seoul-Incheon and Busan (Munich-Seoul-Busan) from Europe (including Russia). United, Northwest and Delta all serve Seoul-Incheon from the United States, although many flights stop over in Tokyo-Narita. Singapore Airlines has nonstop flights from San Francisco.

Obtaining a Visa
The nationals of 109 countries and territories, including all the usual suspects, will receive a visa on arrival valid for 30 to 90 days; see the official Hi Korea site (http://www.hikorea.go.kr/pt/InfoDetailR_en.pt?categoryId=2&parentId=382&catSeq=&showMenuId=374) for the latest details. Rules for visiting only Jeju are even more lenient, allowing in everybody except citizens of 11 countries. Don't overstay, even by a single day - this incurs heavy fines and possible jail time, and you'll probably be banned from re-entering.

Accommodation
There's plenty of accommodation in all price brackets in South Korea. Note that prices in Seoul are typically about twice that of anywhere else in the country. Some higher-end hotels offer a choice of both Western-style and Korean-style rooms. The main feature of Korean rooms is an elaborate Korean-invented floor-heating system known as ondol, where hot steam (or, these days, water or electricity) heats stone slabs under a layer of clay and oiled paper. There are no beds; instead, mattresses are laid directly on the floor. Other furniture is typically limited to some low tables (you're also expected to sit on the floor) and maybe a TV. Some of the cheapest accommodations in South Korea are in what are locally termed motels or yeogwan, but these are rather different from motels in the West and closer to Japan's 'love hotels'. Motels in South Korea are generally very cheap hotels targeted at young couples aiming to spend 'time' together away from their elders, complete with plastic beds, occasionally vibrating, with strategically placed mirrors on the ceiling, as well as a VCR and a variety of appropriate videos. However for the budget traveller, they can simply be inexpensive lodging, with rates as low as W25,000/night. There are some hostels in major cities such as Seoul, although they are not very common. Homestays are also getting more and more popular; especially since the World Cup held in Seould in 2002. Visit (http://www.homestaykorea.com/) for more information.

Cost of Living
Korea is fairly expensive compared to most Asian countries, but is slightly cheaper compared to Japan and most Western countries. A frugal backpacker who enjoys eating, living and traveling Korean-style can easily squeeze by on under ?60,000 per day, but if you want top-class hotels and Western food even ?200,000/day will not suffice. Seoul has been particularly expensive in recent years, by some measures even more so than Tokyo, but the current financial crisis has caused a big decline for the Won against the U.S. Dollar and Yen, making South Korea (more or less) less expensive for Western and Japanese tourists.

Money
The currency is the South Korean won. ATM are ubiquitous, but most Korean ATMs don't accept foreign cards, only Citibank ATMs and special Global ATMs do. These can be found at airports in some areas frequented by foreigners in major cities, including Hongdae, some subway stations, and in many Family Mart convenience stores. Sometimes however even the Global ATMs may not accept your foreign card so it's wise to have a second source of money for those times. Be sure to stock up on cash before heading to the countryside, and if you plan on staying in Korea for a longer time, you'll probably want to set up a local account at eg. Woori Bank, which can then be used at the bank's ATMs throughout the country. Credit card acceptance, on the other hand, is very good, and all but the very cheapest restaurants and motels will take Visa and Mastercard.

Telephone
Mobile phone coverage is generally excellent, with the exception of some remote mountainous areas. The country has three service providers: KT, SK Telecom and LG Telecom. They offer prepaid mobile phone services (pre-paid service, PPS) in South Korea. Incoming calls are free. Phones and prepaid services can be acquired at any retail location found on any street. Second-hand phones are also available at selected stores in Seoul; also, you can rent Korean phones at the international airports. In terms of internet, South Korea is the world's most wired country. Internet cafes, known as PC bangs, are ubiquitous through the country. Many customers are there for gaming but you're free to sit and type e-mails as well, typical charges are about W1000 to W2000/hour. Like anything, it may be more expensive in more 'luxurious' places. Also, snacks and drinks are available for purchase in most PC bangs. PC bangs are often divided into smoking and non-smoking areas.

Health
The quality of health care will vary depending on where you are. However the sheer number of hospitals and specialized clinics in the country will also offer you a greater amount of choice. In general the quality is very good and on par with Western countries. Although health care in South Korea is not free, it is heavily subsidized by the government and is very cheap more so in the clinics compared to the United States. For expat workers who have a medical insurance card (this is required), it is even less expensive (although still not free).

Safety
South Korea is a relatively safe country, with reported crime rates significantly lower than in Western countries, although theft, assault and hotel burglary might happen in major cities such as Busan or Seoul. Take care especially in known tourist areas.

Transportation
South Korea is fairly compact and you can get anywhere very fast if you fly, and reasonably fast even if you don't. Subways are available in most of the cities in metropolitan area including Seoul and other big cities have serviced or been on the way to make its subways. And you can easily get on buses or taxis. But it would be much cheaper and better to ride a bus. Buses remain the main mode of national transport, connecting all cities and towns. They're frequent, punctual and fast, sometimes dangerously so, so fasten the belts you'll often find in the seats.

Official Selection of the Best Business Schools in South Korea

Learn the ranking results of the best masters in South Korea here: