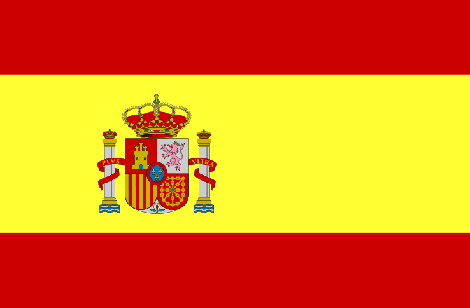 Information for Foreign Students in Spain

There are three names for hotel-like accommodation in large cities in Spain: hotel, hostal and pension. It is important not to confuse a hostel with a hostal; a hostel offers backpacker-type accommodation with shared rooms, whereas a hostal is very similar to a guest house and is generally cheaper than a hotel. There are hostels everywhere in Spain, but mostly in Madrid. A parador (inn) is a state-owned hotel in Spain (rating from 3 to 5 stars).

These are a chain of hotels founded in 1928 by the Spanish King Alfonso XIII. The unique aspects of paradores are their location and their history. Found mostly in historical buildings, such as convents, Moorish castles (like La Alhambra), or haciendas, paradores are the exact opposite of the uncontrolled development found in coastal regions like the Costa del Sol. Hospitality has been harmoniously integrated with the restoration of castles, palaces and convents, rescuing from ruin and abandonment monuments representative of Spain's historical and cultural heritage.

Accommodation prices here are of good value, when you consider that the hotels are often found in the heart of scenic areas, varying from €85 for a double room to €245 for a twin room (like in Granada). Two of the most beautiful paradors are in Léon and Santiago de Compostela. For students, university housing is commonly available but homestay families are also very popular in Spain. Families are very warm and welcoming and enjoy having foreign students stay with them. It is also possible to rent apartments should one desire to have more independence.

Eating on the cheap is mostly done at Kebab stands, which can be found everywhere in Istanbul and other major cities. For the equivalent of a couple dollars, you get a full loaf of bread sliced down the middle, filled with broiled meat, lettuce, onions, and tomatoes. For North Americans familiar with donairs wrapped in pita bread, don't try to make the comparison. Pitas and wraps are almost unseen in Turkey, they like their bread thick and crusty.

The currency in Spain is the Euro.

Cheap mobile phones (less than €50) with some pre-paid minutes are sold at FNAC (Plaza Callao if you're staying in Madrid, or El Triangle if you're staying in Barcelona) or any phone operator's shop (Vodafone, Movistar, Orange) and can be purchased without many formalities (ID is usually required). Topping-up is then done by buying scratch cards from the small stores 'Frutos Secos,' supermarkets, vending points (often found in tobacco shops) or kiosks -- recharging via the internet or via an ATM does not work with foreign credit cards. To call home cheap you may opt to buy prepaid calling cards which are widely available in newspapers or grocery stores around the city. Simply ask for a 'tarjeta telefonica'. nother convenient alternative is to use call-through services such as Chollofon or Reducitel. By simply dialing an access number before the number you wish to call you will enjoy pretty cheap international calls. For example you can call US and most European countries for only 2ct/min by dialing 901 888 020. You can use it directly from any landline or payphone. Please note that these are different companies so their prices could differ.

People from European Union and a few more European countries can freely use the public health system, if they have the appropriate intereuropean sanitary card. That card does not work in private hospitals. Agreements are established to treat people from a few American countries; see the Tourspain link below for more info. However, do not hesitate to go to any healthcare facility should you be injured or seriously ill, as it would be illegal for them not to treat you, even if you are uninsured.

The most evident problem in Spain is the commonality of getting pickpocketed. Always be extremely careful of your belongings; carry your purse in front of you and avoid being flashy with your money. Do not carry large amounts of cash with you, as credit cards are widely accepted, especially in the main cities. Just use basic common sense and avoid putting yourself in a situation where you might be taken advantage of.

Renfe is the Spanish national rail carrier. Long-distance trains always get in time, but be aware that short-distance trains (called Cercanías) can bear long delays, from ten to twenty minutes, and especially in the Barcelona area, where delays up to 30 minutes are not uncommon. To be safe, always take the train before the one you need. The easiest way to get around most parts of Spain is by bus. Most major routes are point to point, and very high frequency. There is a different operator for each route, but usually just one operator per route. At the bus station, each operator has its own ticket. The staff at any of them is usually happy to tell you who operates which route, however. All the major cities in Spain are served by taxis, which are a convenient, if somewhat expensive way to get around. Most taxi drivers do not speak English or any other foreign languages, so it would be necessary to have the names and/or addresses of your destinations written in Spanish to show your taxi driver. Likewise, get your hotel's business card to show your taxi driver in case you get lost.

Official Selection of the Best Business Schools in Spain

Learn the ranking results of the best masters in Spain here: