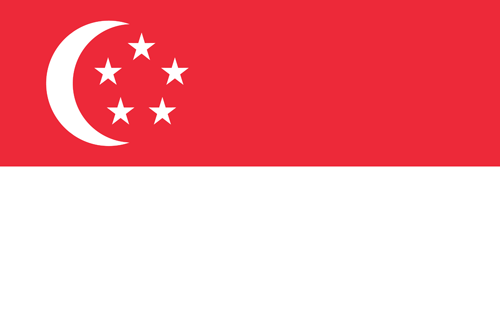 Climate:  consisting of 63 islands, including mainland Singapore, the country has a tropical rainforest climate with no distinctive seasons, high humidity and abundant rainfall

Information for Foreign Students in Singapore Getting There Seletar Airport, completed in 1928 and first used for civil aviation in 1930, is Singapore's first airport. While later airports like Kallang and Paya Lebar have been closed and turned into a military airbase respectively, Seletar is still in use to this day.

Obtaining a Visa
A foreigner must apply for a Student's Pass if he/she has been accepted by an educational institution to pursue full-time studies in Singapore, unless he/she is a:.
-Dependant's Pass holder studying in a Government/ Government-Aided/ Independent school/ Foreign System School/ Kindergarten registered with MOE or Childcare centre licensed by MCYS
-Immigration Exemption Order holder
-Visitor who has been granted a short term Visit Pass at the Singapore Checkpoint and wish to attend a short course that can be completed within the validity of the initial Visit Pass granted to him/her at the Singapore Checkpoint or 30 days, whichever is shorter.
Upon receiving the Letter of Acceptance from the school which is valid for 2 weeks, the applicant must proceed to the Immigration & Checkpoints Authority (ICA) to apply for a Student's Pass. For applicants who require a visa to enter Singapore, please ensure that your application for the Student Pass is submitted to the ICA at least 2 months and not more than 6 months before the commencement date of the course. Note: For PRC national who wishes to pursue a language, commercial, vocational or fine arts course at private schools in Singapore (with the exception of students taking a degree or postgraduate degree course and students studying at PEI schools), applicant is required to submit Student's Pass application through the Singapore Embassy in Beijing. For more information, go to www.ica.gov.sg.

Money
Currency used in Singapore is the Singapore dollar (SGD). ATMs are common in Singapore and credit cards are widely accepted.

Cost of Living
Singapore is expensive by Asian standards but cheap for visitors from most industrialized countries: $50 is a perfectly serviceable daily backpacker budget if you are willing to cut some corners, though you would probably wish to double that for comfort. Food in particular is a steal, with excellent hawker food available for under $5 for a generous serving. Accommodation is a little pricier, but a bed in a hostel can cost less than $20, an average 3-4 star hotel in the city centre would typically cost anywhere from $100-$300 per night for a basic room, and the most luxurious hotels on the island (except maybe the Raffles) can be yours for $300 with the right discounts during the off-peak season.

Health
Tap water is safe for drinking and sanitation standards are very high. As a tropical country, Singapore is hot and humid so drink a lot of water. The lowest temperature ever recorded in Singapore was way back in 1934, when it hit a low of 19.4 degrees Celsius (66.9 degrees Fahrenheit.) Malaria is not an issue, but dengue fever is endemic to the region. Singapore maintains strict mosquito control (leaving standing water around will get you fined), but the government's reach does not extend into the island's nature reserves, so if you're planning on hiking bring along mosquito repellent. The standard of medical care in Singapore is uniformly excellent and Singapore is a popular destination for medical tourism (and medical evacuations) in the region. Despite the lower prices, standards are often as good as those in the West at both public and private clinics, making this a good place to get your jabs and tabs if heading off into the jungle elsewhere. You'll still want to make sure your insurance is in order before a prolonged hospitalization and/or major surgery.

Safety
Singapore is one of the safest major cities in the world by virtually any measure. Most people, including single female travelers, will not face any problems walking along the streets alone at night. But as the local police say, 'low crime does not mean no crime' - beware of pickpockets in crowded areas and don't forget your common sense entirely.

Telephone
Prepaid SIM cards are sold in 7-Eleven convenience stores, phone shops and currency exchange counters, just bring your own GSM/3G phone or buy a cheap used handset in Singapore. You will need to show an international passport or Singapore ID to sign up.

Transportation
Getting around Singapore is effortless: the public transportation system is among the best in the world and taxis are reasonably priced. Very few visitors rent cars. Gothere.sg does a pretty good job of figuring out the fastest route by MRT and bus and even estimating taxi fares between any two points. If you are staying in Singapore for some time, the ez-link farecard might be a worthwhile purchase. You can store value on it and use it on the MRT trains as well as all city buses at a 15% discount. The card costs $12, including $7 stored value, and the card can be 'topped up' in increments of at least $10 at the farecard vending machines or 7-Eleven stores. You can use the same card for 5 years. The card technology was changed in 2009, but if you have any old cards lying around, they can be exchanged for free with value intact at TransitLink offices in all MRT stations. The MRT (Mass Rapid Transit) and LRT (Light Rail Transit) are trains that are the main trunk of Singapore's transit system. They are a cheap and very reliable mode of transportation, and the network covers most points of interest for the visitor. Single-trip tickets cost from $0.80 to $2.00 plus a $1.00 refundable deposit, just insert your used ticket into machine to get your dollar back. EZ-link cards (described above) are the easiest and most popular way to use the MRT. All lines are integrated, so you do not need to buy a new ticket to transfer. The MRT stations are clean and usually equipped with free toilets. Underground stations have platform doors between the train and the platform so there is no risk of falling onto the tracks. The North-East line is fully automated, as is the new Circle Line and all upcoming lines, so it's worth walking up to the front of the train to look out a tiny window and realize that there is no driver! After midnight on Fri, Sat and before public holidays only, the NightRider services are a fairly convenient way of getting around, with seven lines running every 20 minutes. All services drive past the major nightlife districts of Boat Quay, Clarke Quay, Mohamed Sultan and Orchard before splintering off. Flat fare $3.50, EZ-link accepted. Taxicabs use meters and are reasonably priced and honest, however, a shortage of taxis in Singapore means that they are often unavailable for hours at a time. Outside weekday peak hours, trips within the city center should not cost you more than $10 and even a trip right across the island from Changi to Jurong will not break the $35 mark. If you are in a group of 3 or 4, it's sometimes cheaper and faster to take a taxi than the MRT. Be aware, however, that taxis are often remarkably difficult to secure, especially during peak commute or shopping hours, or when there is inclement weather. During these times it can be impossible to get through to a booking agent via telephone, and you can expect extended waits in taxi queues.

Official Selection of the Best Business Schools in Singapore

Learn the ranking results of the best masters in Singapore here: