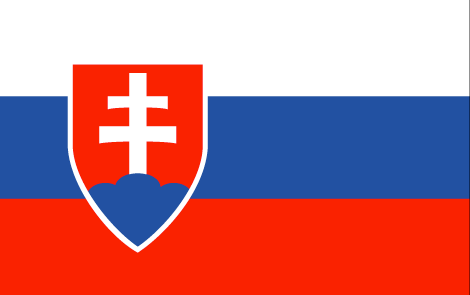 Information for Foreign Students in Slovakia

Nationals from EU countries members do not need a visa for less than 3 months. In order to get further information, it is advised to check the visa requirements on the embassy website.

Visitors are required to hold health insurance covering the period of stay in Slovakia, as well as funds equal to at least US$50 per day of stay (credit cards not accepted). Slovakia has a reciprocal health agreement with most EU countries providing emergency health care on the same terms as Slovak nationals. EU travellers should carry a European Health Insurance Card (EHIC) with them. It is still recommended that visitors take out comprehensive medical insurance, including mountain evacuation. Hospitals are available in all major towns and pharmacies and clinics exist in the tourist areas and smaller towns, but little English is spoken.

Buses, trolleybuses and trams exist in Bratislava and several other towns. All the cities operate flat-fare systems, and pre-purchase passes are available. Tickets should be punched in the appropriate machine on entering the tram or bus. A separate ticket is usually required when changing routes. There is a fine for fare evasion. Blue badges on tram and bus stops indicate an all-night service. Taxi: These are available in all the main towns and are metered and cheap; higher fares are charged at night.

Roaming agreements exist with most international mobile phone companies. Coverage is good, extending over the whole country, with the exception of remote areas. Public telephone booths are widely available, including special kiosks for international calls. Surcharges can be quite high on long-distance calls from hotels. Dial 112 for all emergency services. There are Internet cafes in main towns.

Official Selection of the Best Business Schools in Slovakia

Learn the ranking results of the best masters in Slovakia here: