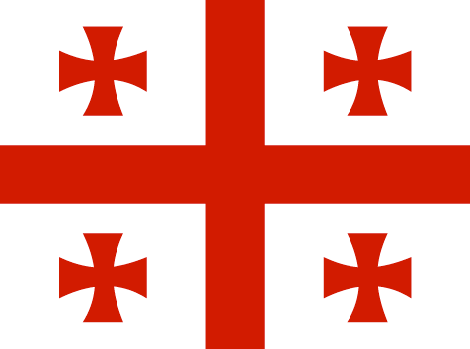 Climate:  Warm and pleasant; Mediterranean-like on the Black Sea coast

Obtaining a Visa Citizens of EU countries, the USA, Australia, Canada, Japan, Israel, Switzerland, Singapore, Norway, Iceland, Liechtenstein, Andorra, San Marino, Turkey, Kuwait, Qatar, Bahrain, United Arab Emirates, Oman, South Korea, Iran and CIS nations (except Russia) need no visa to visit Georgia for up 90 days. Beyond that a visa is needed, which can be acquired from a Georgian embassy or consulate.

Accommodation
There is a 'Tbilisi Old Town hostel' which is located in the center, next to Freedom Sq. (the Main Square). This hostel is on Khodasheni st. 7 (turn from leselidze st. 27 and 29), they have 24 hours hot and cold shower, beds are comfortable and atmosphere is lovely and friendly there, I wish to go there again (+99571004002). Outside of Tbilisi (where there are numerous options for 3 star plus accommodation thanks to the NGO presence in the country) and Batumi, western-style hotels have not made much inroads and crumbling Soviet infrastructure remains the mainstay. Accordingly, throughout much of the country, private homes are the cheapest and most enjoyable option. If you can master a little basic Russian, going to the central square or market will probably land you a lovely big bed and some amazingly fresh home-made food for an agreed price.

Telephone
Georgia uses GSM (900 MHz and 1800 MHz) for mobile phones and there are three providers, Geocell (pre-paid LaiLai card), Magti (two prepaid brands 'Bali' and 'Mono'). Coverage and BeeLine. Service provided by the first two is exceptionally good and you should be able to use your phone in most non-mountainous areas provided is supports the afore-mentioned technologies. Check with your mobile provider to ensure that they have roaming agreements with at least one of the Georgian operators. Both, Geocell and Magti have UMTS/3G service including video call and high speed data. Roaming is possible if you own a UMTS capable mobile phone. Geocell has cheapest mobile internet solution over its network.

Money
When exchanging money in banks be sure to present your ID. With small exchange cabins available almost anywhere in the country, this should not be very necessary. These cabins may also have slightly better exchange rates. When traveling out of Tbilisi and in need of Georgian laris, be sure to exchange money before the trip as exchange rates are more discriminative in rural areas. The Georgian Lari is a closed currency, so be sure to change the remainder of your money back before leaving the country. Most importantly, be aware that some ATMs in Georgia may not accept foreign cards (though this is not usually a problem in Tbilisi). This can be a potentially serious problem if you are caught without cash during non-business hours or on weekends, so have plenty of cash. Also, while prices are generally very reasonable in Georgia, a side effect is that many small establishments and taxis will not have change for large lari notes (especially 50 or higher), so travelers are advised to carry plenty of smaller notes and coins.

Safety
Most of Georgia is safe for travelers. Scammers and thieves do not usually single out tourists, maybe because there are usually not that many tourists in Georgia. Within cities, usual street-smart caution applies. Corruption, once a big hassle for tourists, has become far less visible since the Rose Revolution. It is now safe and reasonable to trust the Georgian police, as the infamous and corrupt traffic police have been disbanded. (Currently there are no traffic police in Georgia.) The greatest danger to visitors of Georgia by far is the road traffic. Georgian norms of driving are dominated by a macho, chivalric code that disregards the use of seatbelts and, after dark, headlights. Drivers do not give way to pedestrians, so be very careful when crossing the street.

Transportation
Taxis in Georgia are the most convenient method of travel, and they are very cheap. Trips within Tbilisi range from 3 to 5 lari, depending on distance, but you can always negotiate a price with the cab driver. The vast majority of taxis in Georgia are unofficial 'gypsy cabs,' driven by anyone looking to make some money. Unmarked taxi service in Georgia is exceptionally safe and widely used by foreigners living and visiting the country. Drivers will, however, exaggerate the price for foreigners -- it is best to establish your destination and price before getting in the cab.

Official Selection of the Best Business Schools in Georgia

Learn the ranking results of the best masters in Georgia here: