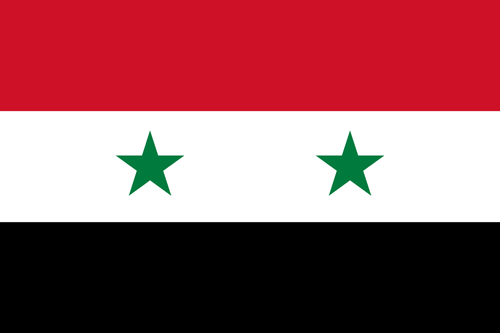 Information for Foreign Students in Syria Getting There
Syria has three international airports: Damascus International Airport (DAM), 35km (22miles) SE of the capital, Aleppo International Airport (ALP) just northeast of Aleppo in the north of the country, Lattakia International Airport (LTK), south of Lattakia, main sea port of the country. The first two airports have regular direct flights served by Syrian Arab Airlines and the British airline bmi to Europe, the Middle East and North Africa, while the third one for the time being is connected only with the capital city of Egypt, Cairo and with Kuwait (through jazeera Airways, since mid 2009). Flights from Damascus and Aleppo compete with other international carriers serving the same destinations, and Syrian Arab Airlines has code share arrangements with many airlines, including the Turkish Airlines flights to Istanbul.

Obtaining a Visa Please visit the following website (http://www.syriatourism.org/index.php?module=subjects&func=listpages&subid=155&newlang=eng) for detailed information regarding the Syrian student visa. Please note that Entry will be refused to citizens of Israel and travelers with any evidence of having visited Israel (which includes stamps of Egyptian/Jordanian neighboring land borders with Israel in addition to Israeli visas and entry stamps), any products with Hebrew labeling, etc. Passports are slavishly checked for Israeli stamps page-by-page at the border, so you if you have an Israeli stamp, then you will need to get a new passport.

Money Currency used in Syria is the Syrian pound or lira. ARMs are available in most major cities. Credit cards are more widely accepted now than before but do not rely on it as it is far from universal.

Health
Local pharmacies are well stocked with treatments for most common ailments such as stomach bugs and traveller's diarrhea. Pharmacists often speak a little bit of English. You can ask your hotel to call a doctor if necessary and a visit to your hotel room will cost about 700-1000 SP as of November 2007. The best treatment of all, of course, is to stay healthy in the first place. When eating, pick restaurants that are busy.

Safety Syria is generally safe for travelers, partly because crime is considered shameful and is heavily punished.

TransportationThe taxis (usually yellow, and always clearly marked) are an easy way to get around Damascus, Aleppo and other cities. Arabic would be helpful: most taxi drivers do not speak English. All licensed taxis carry meters, and it is best to insist that the driver puts the meter on, and watch that it stays on. The microbuses (locally called servees, or meecro) are little white vans that carry ten, or so, passengers around cities on set routes for about £S10. The destinations are written on the front of microbus in Arabic. Usually, the passenger sitting behind the driver deals with the money. You can ask the driver to stop anywhere along his route. The Syrian railways are reasonably modern. Rail travel is inexpensive and generally punctual, although railway stations are often a reasonable distance out of town centres. The main line connects Damascus, Aleppo, Deir ez-Zur, Hassake and Qamishle. A secondary line serves stations along the Mediterranean coast.

* As of January 2011, Syria has experienced several anti-government protests which have recently intensified. If you are already in Syria, stay away from large public gatherings and try to gain independent information about the political and civil situation. Some countries have issued travel warnings, so consult your foreign office before traveling to Syria.

Official Selection of the Best Business Schools in Syria

Learn the ranking results of the best masters in Syria here: