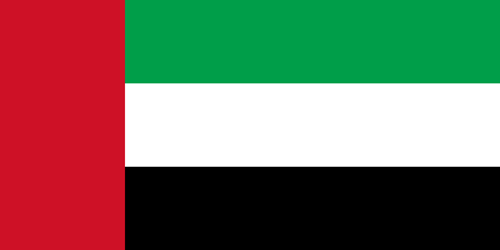 Climate:  generally very hot and dry; hottest months are July and August when temperatures can reach the upper 40s°C

Obtaining a Visa Student visas are provided by all colleges and universities and also a few training institutes. It is a good idea to check this before admission. For visitors, visit the following website for visa application details (http://www.uaeinteract.com/travel/visas.asp#visa).

Accommodation Most of the institutes have segregated, conveniently located and cost-effective accommodation facilities. The accommodation fees vary from institute to institute. Bus transportation is usually available for student-housing residents at no charge. Also, should you wish to live more independently, many furnished and unfurnished apartments are available throughout the Emirates. When you rent a unit in a private building you will have to sign a rental agreement or lease that specifies your rights and responsibilities and those of the property owner and his agent.

Money Currency used in the UAE is the United Arab Emirates dirham (AED). ATMs are numerous and distributed throughout the country. In addition, all major credit cards are widely accepted.

Cost of Living
Basic commodities are generally cheaper than most Western countries but this is changing rapidly, especially depending on the Emirate (Dubai as become the 25th most expensive city to life in, with Abu Dhabi following close behind). The shortage of hotel rooms readily available often keeps hotels at above 90% occupancy. There are a vast number of hotels planned if not already under construction, but until then it is unlikely that prices will go down, especially since tourism has grown enormously in the past few years. Rent in Dubai is on par with those in Paris or London.

Health
United Arab Emirates has high quality medical care and residents should not have trouble getting treatment if they need it. Both private and government run hospitals offer excellent care. There are no particular health risks for residents. No inoculations are needed to travel within United Arab Emirates. During the summer months drinking plenty of water, eating salty foods, and using sun-block are suggested.

Safety The crime rate is extremely low in the United Arab Emirates, although of course one must use common sense.

TransportationPublic transportation within cities remains rudimentary. Dubai is building an extensive monorail and train system, but the other emirates offer very little public transportation. Intercity bus services are fast, comfortable and reasonably frequent. In the cities of Dubai, Abu Dhabi, and Sharjah, taxis are widely available. They are relatively cheap in Abu Dhabi and Sharjah. A ride to anywhere within the city of Abu Dhabi will cost approximately US$2, as they charge solely by distance traveled. A night surcharge of US$3 may be added after 10PM, depending on your driver.

Learn the ranking results of the best masters in United Arab Emirates here: