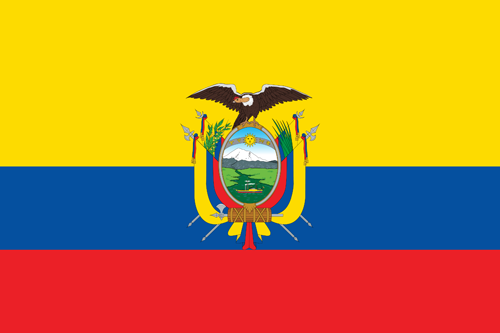 Information for Foreign Students in EcuadorObtaining a Visa
Ask for your visa at the consulate and you will get a cultural exchange visa for one year. Do what the consulate asks you to do and once in Ecuador, you will get your cédula of censo, a residence card which will replace your passport. Be careful: Ecuadorian policemen often want to round up their wages and they will accuse you of non-existent crimes or threaten you. Above all, do not give them money and show them your identity papers.

Accommodation
In Quito, staying with people in the nicest districts of the city can be a good option, at least for a first period of time, but all depends on the dimension you want to give to your stay. If you stay in a family, you will be quickly treated as part of the family. People are very warm and welcoming, concerned about your well being and your adaptation. Thus, living in a family is extremely positive, at both a personal and a practical level (you will be better guided in your discovery of the city). Thereafter, many exchange students take an apartment, alone or in collocation. It can be much cheaper and gives a margin of independence relatively more important.
Comparison between different types of accommodation:

- Disadvantages: far from downtown; strict rules (no alcohol, no visits after a certain hour)

- Advantages: helpful for your integration in the country; all fees included

Telephone
All cities have many call centers with phone booths to call outside the country. It is not necessary to buy a card to call from a phone booth. However, all call centers do not have the same rates; therefore, you should ask for the prices before calling. Andinatel offers interesting rates at 0.10 dollars per minute. In some cybercafés, you can call via Skype, even cheaper than phone cards. All mobile numbers begin with 08 and 09 followed by 7 digits. To use a European mobile phone in Ecuador, you should need an 850 MHz band model, unlocked and a SIM card, which can be bought for $ 5. To call abroad, you should buy phone cards such as Movistar, Porta and Allegro, ranging from 3 to 30 dollars.

Health
The only vaccine particularly recommended is the one against the yellow fever, especially if you plan to travel in the Oriente (Amazon). You must take information about the vaccines and precautions needed to stay in the Amazon. In the region of Guayas, given the heat and floods, there are also risks of typhoid and dengue fever (classical or hemorrhagic). Pay attention to the risks of dehydration. You must in this case absolutely drink "pedialitis", sold in all pharmacies, and definitely go to see a doctor. Just drinking water is not enough, and you shouldn't eat too much food to avoid vomiting. Regarding mosquito bites, you should be particularly careful if you have allergies. Protect yourself with "repelente" in the evening, use mosquito nets if there are no wire screens on the windows. Finally, you should go specifically only to the Fibeca pharmacy. Other pharmacies sometimes sell expired or even false products.

Transportation
In terms of the transportation in town, there are two types of "buseta" (public transportation): the "populares" at 18 cents and the "selectivos" at 25 cents. As for the taxis, they are numerous. You should in all cases negotiate, as the taxis have taximeters only on rare occasions (unlike Quito). If you are alone, it is preferable to use only yellow taxis, although all are not legally registered. When you are in a group, you can use unregistered taxis at more attractive prices. In terms of the inter-provincial transportation, you can either take the plane or the bus. There are domestic airports in all major cities. However, you will quickly see the advantages of the bus, especially for the price. For example, to go from Quito to Guayaquil costs 8 euros and lasts 8 hours. There are many bus companies, the most recommended are: Ecuador Transporte, Panamericana, Flota Imbabura, Esmeraldas Transporte for long distances.

Official Selection of the Best Business Schools in Ecuador

Learn the ranking results of the best masters in Ecuador here: