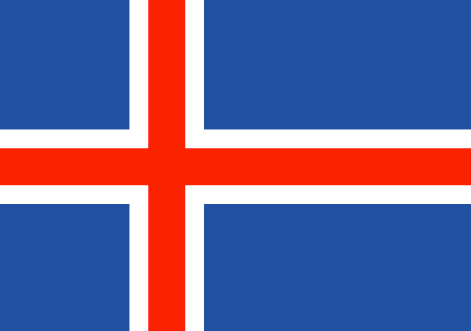 Information for Foreign Students in Iceland Getting There Iceland is easily reached via air and the main international airport is Keflavík located in the southwest of the country about 40 km from Reykjavík. The airport itself is quite barren; if you have a lengthy layover you should bring books or other forms of entertainment. As of January 2010, be prepared to go through a security screening immediately upon arrival in Iceland if you arrive from outside the EEA or Switzerland. This screening takes place before you go through passport control, but there usually are not further screenings if you do not clear customs. Also be keenly aware that, even if in transit between the UK (not in the Schengen Area) and North America, the airport staff routinely sends all arriving passengers through passport control, so ensure that your visas, if needed, are in order. Be warned, a metered taxi from the airport to Reykjavík costs about 9500 ISK.

Obtaining a Visa Iceland is a member of the Schengen Agreement. For EU and EFTA (Iceland, Liechtenstein, Norway, Switzerland) citizens, an officially approved ID card (or a passport) is sufficient for entry. In no case will they need a visa for a stay of any length. Others will need a passport for entry.

Accommodation If you're visiting in summertime you won't regret bringing an eye mask with you. During the height of summer there is no actual darkness and in the north, the sun might just dip for a few minutes below the horizon. The hotels are usually fairly basic around the island but you can usually get a room even in August just by phoning them up and reserving it before you get there. They are very clean and well maintained, light and airy with nothing at all that could even remotely be considered 'dingy'. They are expensive though. Fosshotels is a chain of tourist class hotels. The chain focuses on friendlier atmosphere. Fosshotels are situated all around Iceland, close to the island's most treasured nature spots. Icelandair Hotels which include the Edda summer hotels and the Icelandair hotels. Icelandair Hotels are upscale, Scandinavian style hotels located in most major cities of Iceland. Most notable is the Nordica on the outskirts of downtown Reykjavík. In addition, Iceland has many hostels throughout the entire country. They can be found on Hostelling International Iceland. Guesthouses are between hotels and hostels in prices and services. At some times if travelling in groups the guesthouses can be cheaper than the hostels. Guesthouses will usually have more space than a hostel with a shared bathroom that is cleaner and less crowded.

Money
Currency used in Iceland is the Icelandic krona (ISK). As of May 2010, it trades at around 1 EUR=160 ISK. Just about every establishment in Iceland will accept a credit card, including taxis, gas stations, souvenir stands, and even the most remote guest house, so it is not necessary to carry large amounts of Icelandic currency. However, due to the currency's instability some credit cards are still wary of króna transactions, so check with your bank before you go and don't rely entirely on plastic.

Health
The medical facilities in Iceland are good and available free to European Union citizens with a valid E-111 form or its replacement ID card. Scandinavian citizens must show valid passport and medical insurance to be treated. Infectious diseases aren't a problem in Iceland. Inoculations aren't required except if you are arriving from countries that suffer from infectious diseases like cholera. Tap water is safe to drink in Iceland and it is one of the countries with cleanest water in the world. Coffee is easy to find and is comparable to what is found throughout Europe. Juices are generally imported and made from concentrate.

Safety
Iceland is one of the safest places in the world, so there is almost no chance of getting robbed or harassed. If you follow usual precautions, you should be fine.

Transportation
A car offers the most flexibility for travel around Iceland. Drivers in Iceland should familiarize themselves with road signs and be prepared for Iceland's unique driving conditions. Cycling is also a good way to experience Iceland, and provides a very different experience to other means of transport.

Official Selection of the Best Business Schools in Iceland

Learn the ranking results of the best masters in Iceland here: