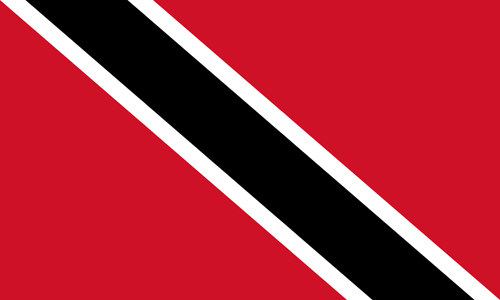 Obtaining a VisaPlease visit the following website (http://www.immigration.gov.tt/) for detailed information regarding the student visa.

MoneyCurrency used in Trinidad and Tobago is the Trinidad and Tobago dollar, also known as the TT. US dollars are also widely accepted. Visa and Mastercard are accepted at many stores, while AMEX is rarely. ATMs are in major cities and do not accept PINs longer than four digits.

Health
The Tobago Tourist Board boasts that 'the wildlife in Tobago won't kill you', which is mostly true. The islands do have mosquitoes and isolated cases of dengue fever have been reported. The tap water is generally safe to drink, though many visitors prefer bottled water because the public water often has a strong chlorine taste. Use your best judgement if in an area where homes collect rain water from the roof, but very few problems are reported. Public Healthcare is free to everyone in Trinidad and Tobago and is paid for by the Government and taxpayers. Healthcare services are offered on a walk-in basis. There are a few major hospitals throughout the country as well as smaller health centers and clinics located regionally.

Safety Trinidad and Tobago has one of the highest murder rates in the world. Generally, it is best to travel with the sun. When it sets, make sure you are in a safe place with people you trust. This is more important in Trinidad than in Tobago. In Port of Spain, areas east of Charlotte Street become increasingly unsafe (but this shouldn't be considered an absolute boundary -- on some east-west streets you can go a block or two further). Stay out of East Dry River, Belmont, and Laventille. For extended stays, register yourself at your country's nearest diplomatic mission. They can provide assistance to their citizens. A listing of diplomatic missions in Trinidad and Tobago is available on the Trinidad and Tobago Government's website.

Transportation
Taxicabs are simply normal passenger cars with no special markings. However, their license plates start with the letter 'H'. They are found at Taxi stands which may be at a street corner or at the side of the road. Taxi stands in the cities and boroughs are usually marked, but outside of the city they are not. However, one can hail a taxi from the side of the road and ask where they are going and the fare before hiring the taxi. One pays for an individual seat and the taxicabs are shared, but a whole car can be hired if so desired, and if there are not a lot of passengers waiting. Airport taxis are an exception to this in that one almost always has to hire the whole car. There are larger taxis, called 'Maxi Taxis' or simply 'Maxis' that go along a specified route. These are similar to mini buses and are painted white or beige and have a colored band around them. Each maxi usually holds approximately 11 or 25 passengers. The colour of the band indicates the area in which they travel. They have their own taxi stands and terminals. Buses are run by the Public Transport Service Corporation (PTSC) owned by the Government of Trinidad and Tobago. Buses and bus tickets are available at City Gate in Port-of-Spain, King's Wharf in San Fernando and various other terminals and bus stops. A ticket is required to board the bus. Bus drivers do not accept cash or credit cards.

Official Selection of the Best Business Schools in Trinidad & Tobago

Learn the ranking results of the best masters in Trinidad & Tobago here: