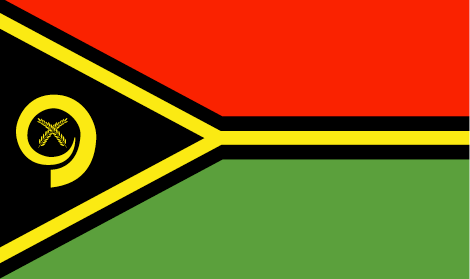 Information for Foreign Students in VanuatuGetting There The main international airport is in Port-Vila with flights to and from Australia, New Zealand, Fiji, New Caledonia and the Solomon Islands.

Obtaining a Visa Please visit the nearest Vanuatu embassy for details regarding the student visa.

Money Currency used in Vanuatu is the Vatu (VT). Credit and debit cards are accepted by many businesses in town. ATMs are available in Port Vila.

Health
It is advisable to be immunised against Hepatitis A and B and typhoid fever before visiting Vanuatu. Malaria is endemic within some areas of Vanuatu, but not Port-Vila. If you are venturing outside the resort areas, check with your doctor before you travel. Tap water in Port Vila is clean and potable, but is best avoided elsewhere. Doctors used to treating common traveller problems are available in Port-Vila. Any more serious problems may require some form of medical evacuation.

Safety Port Vila is, on the whole, a very safe and friendly environment. You are unlikely to encounter any trouble unless you do something extremely provocative.

TransportationIn Port Vila the buses are mini vans seating about 10 people, which largely traverse the main road and go and stop where you would like them to go. Wave at them to stop one heading in the direction you want to go. They are plentiful within the city and outside the city you can usually arrange for a bus to meet you at a particular time. If one looks full, just wait for the next one. The buses are used by locals, but are very friendly, cheap, and easy to use by tourists. Fare is usually calculated per person. The cost is usually 150 vatu per person anywhere around Port Vila. If you are travelling a longer distance, the fare may rise to 300 - 500 vatu per person. Taxis are plentiful within Port Vila. Fare is calculated per taxi.

Official Selection of the Best Business Schools in Vanuatu

Learn the ranking results of the best masters in Vanuatu here: