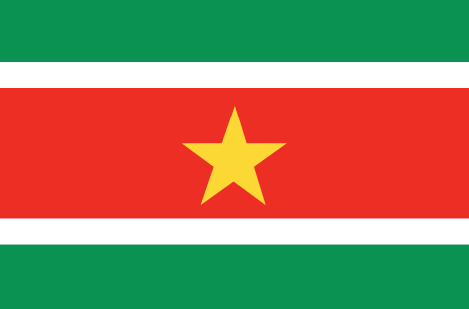 Information for Foreign Students in SurinameGetting There From Amsterdam you can get the daily KLM flight. Surinam Airways also offers flights from Amsterdam and various caribbean destinations. From the United States, airline service is available via Surinam Airways and Caribbean Airlines, with a stopover in Trinidad. You will arrive at The Johan Adolf Pengel International Airport, which was formerly called Zanderij International Airport. It is located 45 Kilometres south of Paramaribo. From there you can take the taxi or bus into town. A taxi (if private one) will cost around 80SRD. However, prices will vary between drivers. Make sure to arrange and set a price with the driver before going anywhere. There are weekly flights to Trinidad, Belem (Brazil), Cayenne (French Guiana) and Aruba.

Obtaining a Visa Please visit the following website (http://www.surinameembassy.org/visa_extension.shtml) for detailed information regarding the student visa.

Money Currency used in Suriname is the Suriname dollar (SRD); ATMs are available in major cities.

Safety If you are concerned about safety try to avoid venturing at night alone. Try using a bike when possible. When in Paramaribo at night, avoid the Palm Garden as this is a well known crime site where much drug trade is done. The police force is only so large and can only protect you to a certain extent. Therefore, stay where you know police protection is offered. Use common sense when venturing outside downtown, which in itself can have problems. Do NOT venture to the bush (binnenland) alone.

TransportationSince not many tourists visit Suriname yet and the innerland is not within easy reach, the expenses of travel are higher than you might expect. Tourist attractions can be more expensive than in Europe or the United States. It is expected that this will change in the near future since there is an annual increase visible in foreign tourists, creating the necessity of working on better roads as well as other ways of cheaper transportation. The best way to go around in Suriname is by boat or car. There are not that many roads going into the country. At every riverbank you can charter boats at reasonable prices. You can't go alone. It is wise to always travel with a tourguide. The second way of transport is by air. There are mainly two local airlines providing connections with the innerland. Bluewing Airlines and Gumair. It is also an option to rent a car, although some rental companies don't allow you to go into the forrest with their cars. Always rent a four-wheel drive. Suriname traffic drives at the left side of the road.

Official Selection of the Best Business Schools in Suriname

Learn the ranking results of the best masters in Suriname here: