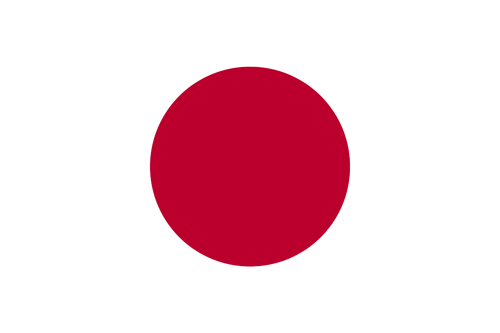 Climate:  varies from a tropical south to cool temperatures in the north

Information for Foreign Students in Japan
Obtaining a Visa
For French, Swiss, Belgian and Canadian citizen, the visa is not necessary if you stay less than three months in Japan. Upon your arrival in Japan, new control measures have been imposed since 2007 (fight against terrorism): you have to present your passport and disembarkation card (D/E card) at the immigration office. Your fingerprints will be taken. The officer will then take a picture of you. Finally, after a brief interview (possible but not compulsory), you will be given back your passport.

Accommodation
For a visitor to Japan, accommodation is not as expensive as it was 20 years ago. Many types of accommodation have been developed. First, the Youth Hostels network is opened to everyone without age restrictions, but there are also Ryokan, traditional inns equivalent to a bed and breakfast. These are probably the cheapest accommodation options (www.jyh.or.jp or www.hostelworld.com). Hostels are of 2 types: those belonging to public organizations and private hostels grouped under the label Japan Youth Hostel.

Cost of Living
The cost of living in Japan isn't much higher than in the past. Favorable exchange rate for travelers coming from using the Euro, the growth of different types of affordable accommodation, cheap packages for public transportation have made Japan accessible even for those with small budgets.

Money
Until 2007, there were few ATMs in which you could withdraw yen with an international payment visa card (Visa, MasterCard, American Express). Now, however, ATMs are plentiful and very useful. Foreign travelers can withdraw cash from vending machines (ATMs). They are installed in stores such as 7-Eleven, Family Mart or Lawson. You can also find vending machines in any of the 24,000 post offices marked with the acronym ATM. Thus, it is not necessary to go to the bank to withdraw cash. To change currency in banks in Japan, you should bring your passport with you. In terms of traveler's checks, in major cities, they will be accepted by the main hotels, shops and banks.

Telephone
There are public phones everywhere in Japan. The green and grey telephones accept coins of 10 Y and 100 Y, as well as prepaid cards. The IC card phones only accept IC prepaid cards. A local call will cost you 10 Y per minute of communication. If you use a coin of 100 Y, the device doesn't give back change. You can call abroad from grey phones or phones with an IC card. It is also possible to make local and international calls with prepaid cards issued by several companies, such as a Moshi Moshi card. These prepaid cards are sold in supermarkets, convenient stores, and at station stands.

Health Requirements
The World Health Organization deems that Japan has a health level equivalent to that of Western Europe or North America. The public health system is very efficient.

Transportation
The train is the cheapest and most convenient means of transportation in Japan, which has one of the most developed railway networks in the world. Tickets can be purchased at vending machines or at green coloured ticket offices (Midori-no-madoguchi) located beside them. The JR train network (Japan Railway) includes 6 railway companies covering the whole country. In major cities, you should use the subway. It is state-of-the-art and works very well. In Tokyo, a ticket costs at least 160 Y (1.30 euros) for 1 to 6 km, 190 Y (1.50 euros) for 7 to 11 km. The bus is also a very convenient means of transportation in some cities (but not the largest ones) such as Kyoto. In Tokyo or Osaka, it is more convenient to take the subway than the train. The bus networks work very well in Japan. Tickets are bought on the bus. Finally, travelling by plane has a big advantage in that you can admire the landscape. There are two major airline companies that are among the best in the world for your use in Japan: Japan Airlines and ANA (All Nippon Airways).

Official Selection of the Best Business Schools in Japan

Learn the ranking results of the best masters in Japan here: