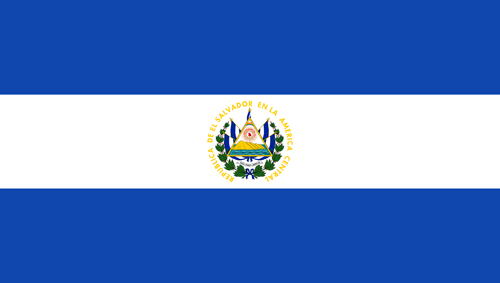 Information for Foreign Students in El SalvadorGetting There Visitors traveling by plane arrive at El Salvador International Airport in Comalapa, located forty-five minutes outside of the capital's city limits. The airport code is SAL. TACA Airlines is the national airline of El Salvador. TACA acquired the national airlines of Costa Rica, Nicaragua, Honduras, and Guatemala so it also serves those countries. TACA flies a fleet of new A319s, A320s, and A321s throughout North, Central, and South America. However, Taca regularly has the highest ticket prices and buyers would do well to compare options using an online service such as www.kayak.com.

Obtaining a Visa Immigration requires that visitors entering El Salvador have their passport and one of the following documents: visa or tourist card. Visas are issued by the Consulate of El Salvador accredited in the countries where these types of diplomatic missions exist; and the tourist card is generally issued for 90 days and can be purchased for US$10 at the port of entry. Passports of certain countries might need to obtain a visa before entering El Salvador such as Malaysia. Visa for U.S. citizens is free. Some countries pay a fee for the issuance of the visa. Please visit the following website for more visa details: http://www.rree.gob.sv/index.php?option=com_content&view=article&id=443&Itemid=176.

Money Currency used in El Salvador is the US Dollar; carry only $1, $5, $10 or $20 bills as most places will not accept bigger bills. To exchange for lower denominations you can go to any bank.

Health
Pharmacies are easily found all over the country. Be sure to have a first-aid kit if you travel to the countryside and to archaeological sites. Mosquito repellent comes in handy.

Safety Crime is an issue, most of it is attributed to street gangs, though statistics from official sources do not support that claim. You must use common sense and avoid entering into a zone that does not appear safe, just like you do in any country of the world. Avoid carrying fancy items such as jewelry, expensive cameras, and watches if you are walking on the public streets.

TransportationIf driving, rental car agencies include Alamo and Hertz. Buses and taxis also provide good ways of getting around. Distances between sights make walking an unpopular option, as does the street layout in the city; San Salvador is not a square city, but has long avenues that are straight and streets that aren't. That said, in some areas walking is a great option, such as in Zona Rosa.

Official Selection of the Best Business Schools in El Salvador

Learn the ranking results of the best masters in El Salvador here: